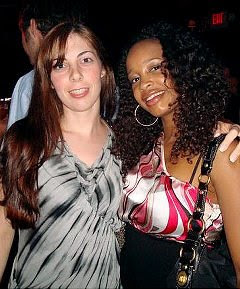 ...A woman identified as his girlfriend [Catherine Donofrio] was shot in the head and is dead, while the other woman [Melissa Simmons] remains hospitalized... 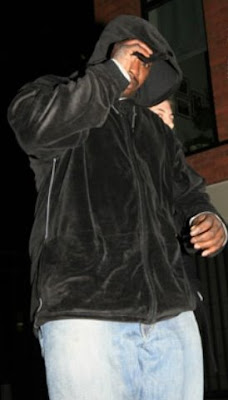 ...Anyone with information in regards to this incident is asked to call Crime stoppers at 1-800-577-TIPS (8477). The public can also submit their tips by logging onto the Crime stoppers website or by texting their tips to 274637 (CRIMES), then enter TIP577...

Police are hunting for a former NYPD cop they say murdered his ex-girlfriend.

Sunday night in Greenpoint, Brooklyn, a 28-year-old woman was gunned down in her friend's apartment.

She died a short time later, and a massive manhunt is already underway.

Police are searching across the tri-state for 43-year-old ex-cop Jerry Bowens, who authorities say is armed and dangerous.

Last year, Bowens was relieved of his NYPD badge after a sting operation that rooted out several allegedly corrupt officers.

There's been no sign of the former undercover narcotics officer after two 28-year-old women, described as coworkers, were found shot inside the condo on Engert Street.

A woman identified as his girlfriend was shot in the head and is dead, while the other woman remains hospitalized in stable condition with graze wounds to her arm and head.

Emilia Hallquist lives in the building next door.

"It's scary [that] he's still out there," Hallquist said. "You just don't want to know that guy is in your neighboring building."

Police fanned out in and around the Bensonhurst building of his last known address.

"We'll keep out eyes peeled, but I don't think were going to change anything we'd normally do," police officer Chris Corrado says.

Anyone with information in regards to this incident is asked to call Crime stoppers at 1-800-577-TIPS (8477). The public can also submit their tips by logging onto the Crime stoppers website or by texting their tips to 274637 (CRIMES), then enter TIP577.

All calls and tips are strictly confidential. 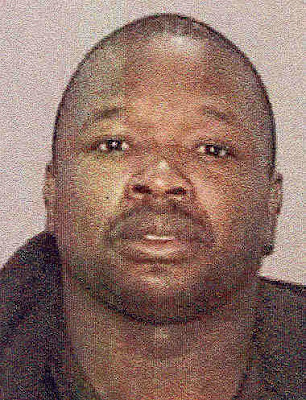 DIRTY EX-COP JERRY BOWENS ON RUN AFTER SLAY: GIRLFRIEND DEAD, HER PAL WOUNDED
nydailynews.com
BY Simone Weichselbaum, Oren Yaniv, Edgar Sandoval and Bill Hutchinson
Monday, March 9th 2009, 12:44 AM
[Excerpts] A dirty ex-NYPD drug cop was on the run Sunday night after he allegedly gunned down his girlfriend and wounded her pal inside a plush Brooklyn condo. Jerry Bowens, 43, was considered armed and dangerous by cops, who hoped to nab him before he hurts someone else or himself. "It's a nightmare," said Annie Turchiano, whose goddaughter Catherine Donofrio, 28, was slain in the bloody confrontation in Greenpoint. "She was loving. She was caring - just a wonderful young girl," Turchiano said of Donofrio... The 5-foot-10, 215-pound Bowens was last seen driving a 2009 Gray Toyota Camry with New York plate EHN5229. He also has a black Hummer and a GMC Denali. Donofrio's parents, John and Jane Donofrio, who are legally blind, and her 99-year-old grandmother live in the same Bensonhurst building... [Full article here]

EX-OFFICER SUSPECTED IN BROOKLYN SHOOTING
New York Times
By TRYMAINE LEE
March 9, 2009
[Excerpts] ...The police said the women were friends, possibly co-workers at a law firm. The suspect, Jerry Bowens, 43, was identified by the surviving victim, the police said. Mr. Bowens was not in police custody as of late Sunday night... Annie Turchiano, who identified herself on Sunday as Ms. D’Onofrio’s godmother, said the woman worked as a legal secretary for a law firm in Manhattan and took care of her parents, both legally blind, at their home on 70th Street in Bensonhurst... “She would take in a cockroach if it needed her,” she said... Shortly before 11:30 p.m. Sunday, Ms. D’Onofrio’s father, John D’Onofrio, walked his daughter’s dog, a white mutt, up and down her street. He walked quickly, manically, up and down the block. At one point he turned and said, “There’s nothing to say and nothing to be done”... [Full article here]

POLICE: BROOKLYN EX-COP KILLS LOVER, ON THE RUN
By LARRY CELONA and JOE MOLLICA
nypost.com
March 8, 2009
Last updated: March 9, 2009 [EST]
[Excerpts] ...Bowens called the NYPD Sunday from a Jersey motel. When cops arrived, they found bloody rags, but no sign of the officer, a source told The Post... Donofrio's father said, "All I'm worried about is them going after the guy who did it." Annie Turchiano, Donofrio's godmother, said the victim had moved into the building to help take care of her legally blind parents and her 99-year-old grandmother. "She's a dedicated daughter, a wonderful, outgoing girl who took care of her family," Turchiano said. "Her family is in pieces, Her mother will never be the same." Neighbors said the father had been worried about his daughter. "He said that he knew that [Bowens] was a bad guy," said Raymond Nieves, who lives in the building. "He said he told her a thousand times to get out of the relationship"... [Full article here]
[police officer involved domestic violence abuse murder fatality fatalities]
on 3/08/2009