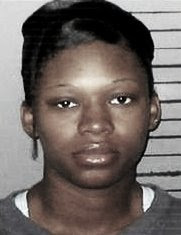 From last month while I was out of town and without a computer:

ALBANY POLICE OFFICER ARRESTED
WALB-TV
By Karen Cohilas karen.cohilas@walb.com
Posted: Feb 19, 2009
Updated: Feb 23, 2009
An Albany Police Officer was arrested and suspended after a romantic relationship with a co-worker got a little ugly. Patrol Officer Taniece Harris is charged with criminal damage to property and false imprisonment for two incidents that happened last fall. Investigators just took out warrants Wednesday. They say Harris damaged two personal vehicles of Patrol Officer Jermaine Lewis then intentionally detained him by standing in the doorway of his patrol car so he couldn't drive away while he was on duty. Both officers were disciplined... And Harris is now suspended with pay. More charges could be filed against Harris.
on 3/09/2009