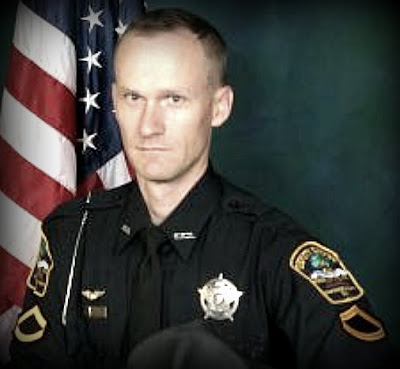 ...[Spartanburg County Sheriff’s Deputy Chad] Bagwell was fired Thursday evening after admitting to possessing and viewing between 500 and 1,000 images of child pornography... Wright said Bagwell's admission was taken after the lie detector test...

SPA. SHERIFF: DEPUTY FIRED AFTER ADMITTING TO POSSESSION OF CHILD PORN
WSPA
By Jonathan Carlson
March 20, 2009
The Spartanburg County Sheriff’s office says, now former deputy Chad Bagwell has been terminated from the department. Sheriff Chuck Wright says he admitted to SLED, to the possession and viewing of child pornography. Deputies say the evidence was a disk that contained images of children engaged in sex acts... Bagwell had been with the department since 2002, and had worked for other Upstate police agencies as well... The sheriff’s office says the deputy’s wife came forward with the evidence more than a week ago, after finding the disk... [Full article here] 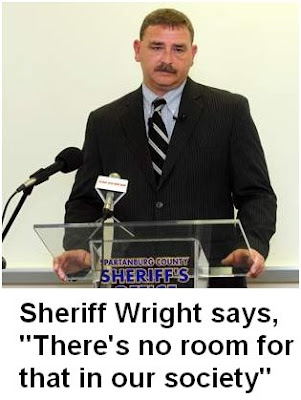 DEPUTY FIRED OVER ALLEGATIONS OF CHILD PORN ON HIS COMPUTER
Spartanburg Herald Journal
Alex C. Hicks Jr./alex.hicks@shj.com
March 21, 2009 at 7:12 a.m.
[Excerpts] Subjects taking a polygraph test usually aren't wearing a sheriff's badge. After doing so Thursday, it's quite possible Spartanburg County Deputy Chad Bagwell will not wear a badge again. Bagwell was fired Thursday evening after admitting to possessing and viewing between 500 and 1,000 images of child pornography, Spartanburg County Sheriff Chuck Wright said Friday at a news conference. Wright said Bagwell's admission was taken after the lie detector test... Wright said Bagwell's wife delivered a floppy disk containing 40 'inappropriate images' of child pornography to the sheriff's office last week. 'I'm obviously going to investigate that,' Wright said. 'It's very upsetting. … We take an oath before God and everyone to uphold the law'... Bagwell and his wife have children together but have been separated for several months, Wright said, adding that the Bagwells' children would not be placed into protective custody because they live with their mother. Wright said deputies examined the floppy disk and in 37 of the 40 images, it was not possible to determine the ages of the children, but in three images it was 'really obvious' that the child engaged in a sexual act was not older than 10. 'It's just disturbing,' said Wright, adding that other deputies who learned about the situation Friday afternoon were 'just sick about it'... [Full article here]
on 3/23/2009