[OH] LIGAS IS BACK 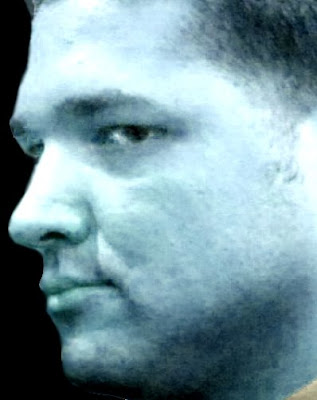 ...Stephanie Ligas told police she was afraid of him because he had allegedly told her in the past that she couldn’t do anything to him since he was a police officer...

CLEARED OFFICER RETURNS TO DUTY
The Chronicle-Telegram
Brad Dicken
3/11/2009
[Excerpts] Elyria police Officer Vincent Ligas will soon be back on the beat. Ligas, who was fired in 2006 after he was accused of misusing a union credit card while he was president of the Elyria Police Patrolmen’s Association, returned to the job Monday, nearly three months after a jury acquitted him of criminal charges in the case. Ligas said he was glad to be back on the job, even if he has to spend his first weeks retraining. “It feels great to get back to work and back in the swing of things,” he said Tuesday. Had he been convicted of the theft, misuse of a credit card and theft in office charges leveled against him Ligas, 31, could have gone to prison. Prosecutors said Ligas ran up about $6,300 worth of charges on the credit card he obtained while union president... Ligas, who said he worked odd jobs to make ends meet after he was fired, declined to discuss whether he is considering suing the city or the Police Department... [Full article here]

EX-ELYRIA OFFICER CHARGED IN DISPUTE
The Chronicle-Telegram
Adam Wright
January 03, 2007
[Excerpts] The former head of the Elyria police union [Vincent Ligas] who was fired in October following allegations he used a union credit card for personal expenses was charged with domestic violence Monday... Stephanie Ligas told police that her husband was supposed to pick the children up around noon, but he arrived early. She told him she had changed the locks again, and he replied that he could still break in whenever he wanted... He allegedly became angry when he learned she put some of his belongings in the garage — saying he had a right to everything in the house, police said. He told her he was taking the toaster and the dining room table and started to remove one of the table legs... Ligas then grabbed the children — ages 7 and 5 — and walked out the door, shoving his wife out of the way, police said. Neighbors corroborated her story... Stephanie Ligas told police she was afraid of him because he had allegedly told her in the past that she couldn’t do anything to him since he was a police officer. Sheffield Lake police were contacted to arrest the former police officer... [His attorney Michael] Duff said the incident with his estranged wife didn’t elevate to a crime. “I don’t think will be convicted of it,” he said. “It was a misunderstanding that we’ll clear up in court.” [Full article here]

TRIAL BEGINS ON COP'S CREDIT CHARGES
Brad Dicken | The Chronicle-Telegram
12/9/2008
[Excerpts] When he was president of the Elyria Police Patrolmen's Association, former police Officer Vincent Ligas racked up more than $6,300 in personal charges on his union credit card, prosecutors said. "The union was funding Mr. Ligas' social life," Assistant Lorain County Prosecutor Laura Swansinger told a jury... Ligas used his credit card for gas, restaurants, clothing, two vacations and to order a $200 set of golf clubs... The union didn't know there was a problem until the union's vice president, Officer Daniel Sumpter, received a call from a union official asking why the credit card, which had been canceled, hadn't been paid off... [Full article here]

EX-COP FOUND NOT GUILTY: LIGAS DID NOT MISUSE CREDIT CARD, CLEARED ON ALL COUNTS
Morning Journal/Wayne Thomas
By Jeff Green jgreen@MorningJournal.com
Wednesday, December 17, 2008
[Excerpts] In a 9-3 vote, a jury cleared former Elyria police officer Vincent Ligas yesterday of misusing a police union credit card for personal expenses... Ligas appeared elated after Lorain County Common Pleas Judge James Miraldi read the jury's decision... Ligas' attorneys, who argued he thought the union card was just like a personal credit card, said he has been vindicated and should get his job back with Elyria police and receive back pay... Ligas, 31, was indicted in 2006 on one count each of misuse of a credit card and theft in office and two counts of theft for racking up $6,300 in charges on his Elyria Police Patrolman's Association credit card. Then union vice president Daniel Sumpter reported the activity to police Chief Mike Medders, which subsequently cost Ligas his job... [Full article here]
on 3/13/2009