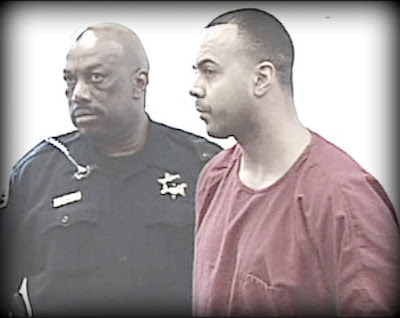 ...He is accused of assaulting his wife... Moss' wife told them Moss had held her wrists during an argument and cut her hand with a kitchen knife...

SEATTLE OFFICER ACCUSED OF ASSAULTING WIFE
KIROTV
March 23, 2009
[Excerpts] A Seattle police officer was arrested early Saturday as part of an investigation of domestic violence assault. Officer Scott Moss once served as a Seattle Police Department spokesman. According to the King County Sheriff's Office, deputies arrested Moss at his Sammamish home at about 1:30 a.m. He is accused of assaulting his wife. A probable cause document said Moss held his wife's wrists during an argument and cut her right thumb with a kitchen knife. She did not require hospitalization, police said... [Full article here]

SEATTLE POLICE OFFICER SUSPECTED OF ASSAULT
KOMO
Mar 23, 2009
[Excerpts] A Seattle police officer was arrested by King County sheriff's deputies for allegedly assaulting a family member. Officer Scott Moss was booked into jail early Saturday morning for investigation of second-degree assault... Moss, who previously served as one of the department's public information officers, was also arrested in 2005 for investigation of driving under the influence. Moss has been with the department for 15 years and was most recently assigned to the Office of Professional Accountability, but Seattle police officials said in a statement that Moss was not responsible for conducting internal investigations... Seattle police officials say Moss' badge and gun will be seized upon his release from jail, and he will relieved of duty and then administratively reassigned. [Full article here]

SEATTLE OFFICER ACCUSED OF ASSAULTING WIFE
KOMO
Mar 23, 2009 at 9:11 AM PDT
Updated: Mar 23, 2009 at 4:06 PM PDT
[Excerpts] A Seattle police officer was accused of assaulting his wife was ordered Monday to have no contact with her... According to a police report, deputies were dispatched to the couple's Sammamish home where Moss' wife told them Moss had held her wrists during an argument and cut her hand with a kitchen knife... At his bail hearing Monday afternoon, a no-contact order was issued against Moss and instructed him not to consume alcohol... [Full article here] 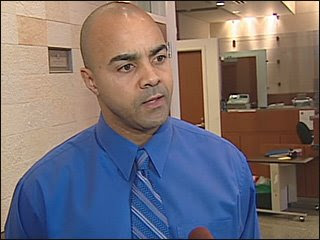 SEATTLE POLICE OFFICER ARRESTED IN DUI
Seattle Times
By Sara Jean Green
April 30, 2005
[Excerpts] A Seattle Police Department spokesman has been temporarily reassigned after he was arrested by a state trooper earlier this month on suspicion of drinking and driving near Bremerton. On April 2 around 2 a.m., a trooper stopped Officer Scott Moss, who was driving 10 mph over the 35-mph speed limit on Kitsap Way, just outside the Bremerton city limits... The trooper noticed signs of alcohol use and asked Moss to perform field-sobriety tests. Moss' personal car was impounded, and he was taken to a local police station for a blood-alcohol test, but George could not say what the results were... Moss was later taken to a nearby residence and was released with a driving-under-the-influence (DUI) citation... Police spokeswoman Debra Brown declined to comment, other than to say Moss "is still working as an officer but has been temporarily assigned" to another unit. At the time of his citation, Moss was one of three public-information officers in the department's media office.... [Full article here]
[police officer involved domestic violence]
on 3/23/2009