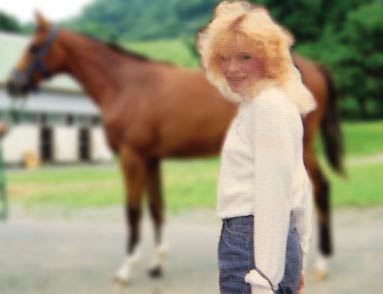 Maureen Migliore
Richard J. McKeon, Jr. was a state police officer at the university of Buffalo. March last year, he beat & battered my niece, Maureen Migliore. He then took off her diamond rings, stripped her naked. Carried her body to his car, in the middle of the worst noreaster blizzard of the year. Drove one hundred miles away from West Valley, NY to Barre, NY in the county of Orleans. He threw her naked body on a road. Poured gasoline under and over her. And drove away with her body ablaze in his rear view mirror. 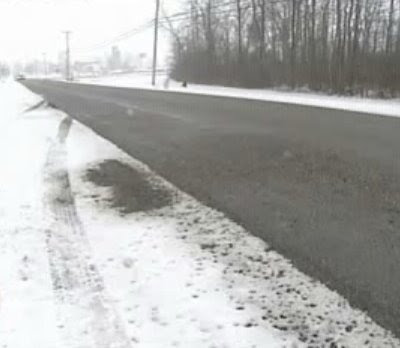 Maureen was his girlfriend of over two years, whom he gave an engagement ring to as he promised to marry her as soon as his divorce decree was was signed. They had recently bought their home in West Valley which had a horse ranch and two horses for Maureen who was an equestrian.

He tried to say she must have called someone for a ride and =that= person murdered her.

Her DNA was under her fingernails. Our family thanks God in all his wisdom for allowing her fingers to be unburned. The rest of her was a mass of charcoaled flesh.

The devastation of his desecration of her body, left all of us, her family, in shock and unending agony. As if killing her was not enough, he took away our right to see her beautiful face one last time before we buried her.

From her finger prints, they found out who she was. They went to Maureen's grandmother (88), who lives 3 hours away, who knew Maureen's current address, phone number, and could describe and name Richard J. McKeon, Jr. as the man she lived with.

McKeon had phoned Maureen in as a "missing person".

Maureen's daughter, Barbie, was 17 at the time and lived/attended school out of state.

Maureen called Barbie each and every morning for a "Wake up Sweetheart" call. They talked each and every day several times a day. And a multitude of cards and letters.

Maureen was planning a trip to be at Barbie's high school graduation. Barbie was to go to Maureen and McK's house for the summer. Maureen's father was also going to go there to help them fix their plumbing problems.

If anyone of faith reads this, please pray for young Barbie. There are no words to describe the pain she is suffering.

Maureen's father grieved so intensely, his heart gave out. He was found by Maureen's mother at their home. One massive heart attack. No warning signs.

Please pray for Maureen's mother who is agonizing daily over the deaths of her first born child and her husband.

From last March, thru Friday 27 February, McKeon has played games with the Orleans County, NY courts.

He fired two separate personally paid attorneys. Demanded a court appointed attorney. Then told the court he did not "like" that public defender and wanted the Orleans court to hire and PAY FOR a private attorney. This, of course was denied.

He plead guilty on a plea deal from Murder in the second degree to Manslaughter in the first degree. Then tried to recant his plea saying he was coerced by his paid attorney (who is in the video of the attached link).

He accused Judge Punch, DA and all the investigators of corruption in a hand written letter he gave to the court. Still trying to get out of being sent to prison.

Earlier on, he tried to get a search warrant and the evidence found there removed from the court on the grounds that the warrant had one number wrong in his address. 240A was 40A. However, the investigators had phoned the judge who signed the warrant when they saw the 240A BEFORE THEY got to McK's house. The judge issued them permission to enter.

Interesting enough, when the first officers arrived to question McKeon, he told them he could not go to the State Trooper barracks, as he had a friend there who he was supposed to drive home. The "Friend", they found in the upstairs bedroom, was in fact a prostitute servicing McKeon!

The officers offered her a ride home and she accepted =only= after demanding McKeon to pay her. Was he celebrating murdering my niece only a day after he murdered her?

This man is a dangerous person. Our family would like unsolved murders in the Binghamton area in the 90's and in Buffalo if young women, on the chance he has done this before. He lived and worked as a police officer in Binghamton, NY in the 90's from what Maureen told us prior to her death.

McKeon tried to get off saying he was a diabetic and accused the State Police of ignoring his food needs. In fact, during his questioning at the State Police barracks, they asked him if he would like something to eat, he said, "No" but asked for a regular Pepsi...not a diet Pepsi.

His last act this month was to ask that his plea be recanted, stating he was not aware of the fact that he could go to prison for up to 20 years. In fact, his attorney (in the above video) HAD told him. McK received all evidence having to do with his case. He tried to say he had no idea his DNA was under Maureen's fingernails. His attorney DID show him everything in the files.

The judge did not allow him to recant his plea and sentenced him to the full 20 years in prison. McKeon showed no remorse throughout the pre-trials, sometimes even laughing when he thought his lawyer had scored a point as if this was a game. And he expressed no remorse at his sentencing. Only to say he was going to appeal it.

As for us, our family is grateful to the court, the investigators, the domestic violence worker, Terrissa Drennan and most especially the Orleans County DA, Joesph Cardone, for all his hard work to see to it our Maureen had justice. We will forever be grateful to each of them. 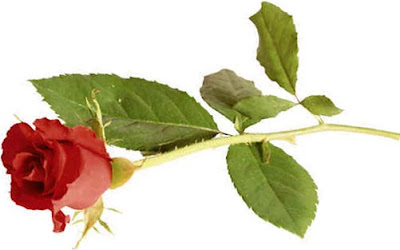