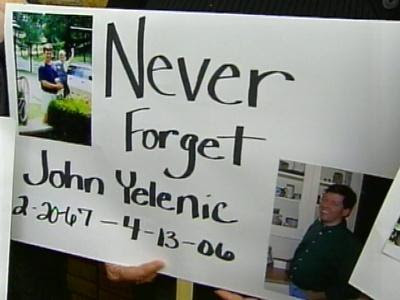 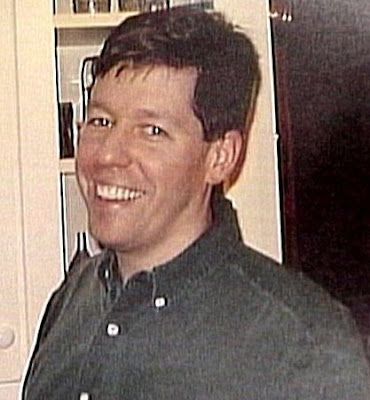 ...Yelenic was one day away from divorcing his wife, Michele. She was living with Foley while she was divorcing Dr. Yelenic...

Previous posts:
BLOGGING THE STATE TROOPER TRIAL: JENNIFER MIELE IN INDIANA COUNTY
Pa. Trooper Kevin Foley Charged With Killing Girlfriend's Husband
WTAE Channel 4 Action
POSTED: 10:41 am EST March 4, 2009
UPDATED: 5:10 pm EDT March 11, 2009
INDIANA, Pa. -- WTAE Channel 4 Action News reporter Jennifer Miele is covering the Indiana County trial of former state trooper Kevin Foley, who is accused of killing Blairsville dentist Dr. John Yelenic. Miele will be posting blogs as often as possible from court. These are the raw notes that were sent on her mobile device... The divorce papers splattered with blood. Yelenic was one day away from divorcing his wife, Michele. She was living with Foley while she was divorcing Dr. Yelenic. [Full article here]

PA. TROOPERS TESTIFY AGAINST THEIR OWN IN DENTIST'S SLAYING Kevin Foley Accused Of Homicide In Dr. John Yelenic's Death
WTAE Channel 4 Action
March 11, 2009
[Excerpts] With no weapon and no blood-stained clothing, prosecutors are largely relying on circumstantial evidence to convict Pennsylvania state police Trooper Kevin Foley of Dr. John Yelenic's death - including testimony from co-workers at the Indiana barracks. Four troopers were called to the Indiana County Courthouse Wednesday to testify about a scratch they noticed above Foley's right eye when he came to work in the days after Yelenic's brutal slaying at home in Blairsville. Senior Deputy Attorney General Anthony Krastek said Foley likely got the facial mark while struggling with the dentist, whose bloody, nearly decapitated body was found in April 2006, but defense attorney Jeff Monzo said Foley reported the injury happened playing hockey... Trooper Deanna Kirkland, one of Foley's co-workers at the Indiana barracks, testified that Foley often played with a knife at work, flipping the blade open and closed. Foley once told her that he prayed that Yelenic was dead, and on another occasion, he said he wished the dentist would get into a car accident... "If you know someone, and they're talking like that over and over again, don't you report that to somebody?" said Yelenic's cousin, Mary Ann Clark. "Don't you intervene? Don't you step in and say, 'We need to address this issue, there's some kind of problem?'" Cpl. Randall Gardner gave the jury a list of things that were taken from Foley's home in a search warrant six months after the killing. There were no bloody clothes or knives found. Prosecutors said Foley had plenty of time to ditch those items, but defense attorneys said there was nothing to find because Foley is innocent... When the trial continues Thursday, forensic experts are expected to testify about a limited amount of DNA found under Dr. Yelenic's nails after his death. Foley's defense team says it's not a foolproof method of convicting their client. [Full article here]
[police officer involved domestic violence law enforcement fatality fatalities murder pennsylvania]
on 3/12/2009