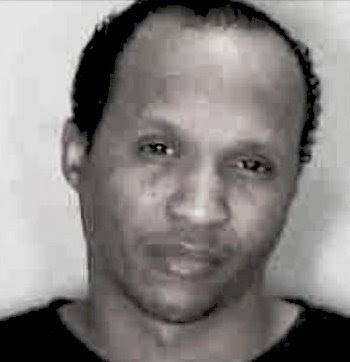 ...Without going into details, Police Chief Mark Chaires says this isn't the first time Hunter has been in trouble. He's now suspended for thirty days without pay and Chaires tells us that could become permanent...

ANOTHER SCHENECTADY COP ARRESTED
WNYT
By: Subrina Dhammi
03/29/2009
[Excerpts] Schenectady Police Officer Kyle Hunter was arrested Friday. He's accused of taking his girlfriend's car without permission. This comes less than a week after the mayor met with the attorney general about possibly disbanding the department altogether. Officer Hunter is accused of driving off in his girlfriend's car as she told him to stop. "Additionally she called him up and asked him to return the vehicle and he responded with a pretty obnoxious and profane response basically saying I'm not bringing it back," said Schenectady Police Chief Mark Chaires... He says officers went searching for Hunter, and found him several hours later. He was arrested and spent the night in the police lock up... Earlier this week Schenectady Mayor Brian Stratton said he's talking with State Attorney General Andrew Cuomo about dissolving the police department altogether. Chief Chaires says the department is making progress and there are some terminations coming up... [Full article here]

SCHENECTADY'S COP WOES GROW BY 1 Officer faces charges in incident involving girlfriend's car
Times Union
By David Filkins
March 29, 2009
[Excerpts] One day after Mayor Brian U. Stratton was blasted for proposing the trouble-plagued city police department be replaced by a county agency, a city patrolman was taken into custody for allegedly taking his girlfriend's car without her permission. When Patrolman Kyle Hunter was charged with unauthorized use of a motor vehicle Friday night, he joined a long list of Electric City officers on the wrong end of the law... Chief Mark Chaires said Hunter already was under internal investigation for alleged abuse of extended sick leave and other violations. He also once lost his service weapon and "took his sweet time informing us that he'd lost something that could kill someone," Chaires said. "They found it in a Dumpster or something like that," Stratton said... "He's in line to be terminated," Chaires said. "No question about that. He will not be here." The chief extended that message to any officer found guilty of wrongdoing. "We're cleaning house"... [Full article here]


SCHENECTADY POLICE OFFICER ARRESTED
FOX23
Cait McVey CaitlinMcVey@fox23news.com
3/29 2:09 pm
...Without going into details, Police Chief Mark Chaires says this isn't the first time Hunter has been in trouble. He's now suspended for thirty days without pay and Chaires tells us that could become permanent. "We will proceed forward with a disciplinary hearing and we will tell them to consider termination given all factors considered," says Chaires... For now, Chief Chaires says the department is trying to turn itself around. "Contrary to what people are saying, we are holding people accountable," says Chaires. "We are disciplining people, we are suspending people. We are processing for termination where it's appropriate." [Full article here]
on 3/30/2009