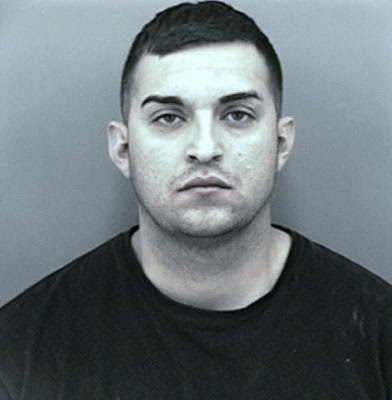 Border agent charged with family violence after standoff
El Paso Times
Adriana M. Chavez
Posted: 03/26/2009 12:00:00 AM MDT
[Excerpt] Police arrested a U.S. Border Patrol agent Wednesday after he allegedly assaulted his wife and then barricaded himself in their apartment. They identified the suspect as Derrick Hernandez, 26, of the Lake Fairway Apartments in the 1600 block of Lomaland. Officer Chris Mears said police found Hernandez's wife outside the apartment about 3:15 a.m. She said that she left after Hernandez assaulted her and that he was alone inside. Hernandez initially refused to answer the door or speak with officers, Mears said. Officers on police radios said they believed Hernandez had his service weapon and a pellet gun, and was threatening to kill himself. SWAT and hostage negotiations teams were called, and residents of several nearby apartments were evacuated as a precaution. Hernandez surrendered after almost four hours. Police arrested him on suspicion of assault causing bodily injury and family violence... [Full article here]
[police officer involved domestic violence standoff texas tx united states]
on 3/27/2009