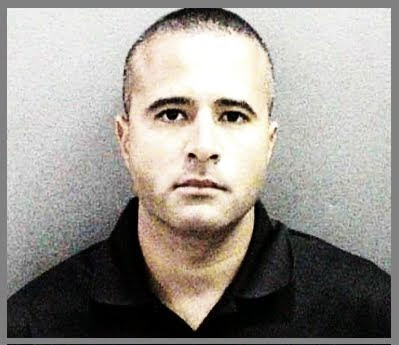 POLICE OFFICER CHARGED WITH ASSAULTING GIRLFRIEND, WIFE
James Roberts III is also accused of dissuading wife from reporting assaults, prosecutors say.
The Orange County Register
By Andrew Galvin
Wednesday, September 2, 2009
An officer with the Huntington Beach Police Department was arrested today and charged with physically abusing both his wife and a girlfriend, prosecutors said. James Roberts III, 33, is also accused of dissuading his wife from reporting the assaults in order to keep his job, the Orange County District Attorney's Office said in a news release. Roberts is charged with 17 felony counts of false imprisonment, threats, domestic battery, aggravated assault, dissuading a witness by force or threat and vandalism. He is being held in lieu of $250,000 bail and is expected to be arraigned Friday in Orange County Superior Court in Santa Ana, prosecutors said... Roberts is accused of physically and verbally abusing his wife between June 2007 and May 2008. In July 2007, he trashed her home... physically restrained his wife to hold her against her will, once while she was with their young son... assaulted his wife by pushing her to the ground in a bathroom, causing her to hit the bathtub and toilet. Another time, they allege, he pushed a door into his wife... Roberts repeatedly told his wife that he would lose his job as a police officer if she reported the assault to the police, and threatened to kill her at least once... Between March and July 2007, Roberts is accused of physically restraining his girlfriend to hold her against her will... He physically restrained her to prevent her from leaving, and assaulted her by grabbing her and pulling her to the ground... [LINK] 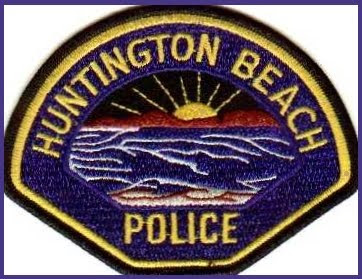 SOCAL OFFICER CHARGED WITH BEATING WIFE, MISTRESS
sddt.com
Thursday, September 3, 2009
A Huntington Beach police officer has been arrested and charged on allegations that he beat his wife and mistress. Orange County prosecutors allege James Roberts III repeatedly warned his wife that he would lose his job if she reported the abuse and threatened to kill her. They also claimed the 33-year-old officer physically restrained his mistress. Roberts is charged with false imprisonment, threats, domestic battery, aggravated assault and other counts. He is set to be arraigned Friday. Huntington Police Lt. Craig Bryant declined to comment on Roberts' job status because it's a private personnel matter.[LINK]
[police officer involved domestic violence law enforcement repeat hx brute brutal california]
on 9/07/2009