[GA] DA: Ex-LaFayette Police Sgt. Sam Parker "is a cockroach who runs when you turn the lights on." 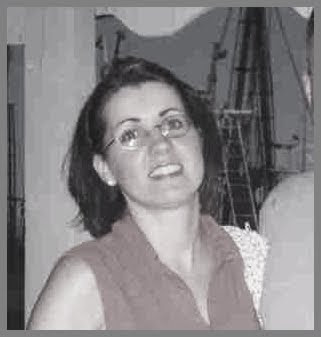 [SEE POST COMMENTS BELOW FOR UPDATES UNTIL VERDICT IS REACHED]

RISE AND SHINE. IT'S 3:00 A.M MY TIME SO I'M GUESSING OVER IN GEORGIA THINGS ARE BEGINNING TO MOVE. BETWEEN EVERY OTHER THOUGHT I'M ANTICIPATING A LONG AWAITED MOMENT THIS MORNING - PRESUMING IT WON'T TAKE THE JURY LONG TO DECIDE THE VERDICT IN THE SAM PARKER MURDER TRIAL. WAKE UP! LET'S GET THIS GOIN'!

ALARM CLOCKS IN GEORGIA ARE RINGIN', CLOCK RADIOS ALARMS ARE BLASTING TUNES, AND THERE ARE MANY PEOPLE WHO COULDN'T SLEEP AT ALL. THERE'S A SURREAL FOG OVER THE APPROACHING MORNING - AS IF THERE CAN ONLY BE ONE RIGHT ENDING.

FYI - I HAVE BEEN COLLECTING THE ARTICLES EVERY DAY AND MANY OF THE VIDEOS DURING THE COUPLE OF WEEKS OF TRIAL, BECAUSE, WELL, THAT'S WHAT I DO. THE NEWS WAS PLENTIFUL AND WAS SOOOO DEEP, AND SO FULL OF TESTIMONY THAT I HAD NO IDEA WAS COMING - THAT IF I HAD TRIED TO KEEP THE BLOG UPDATED IT WOULD HAVE BEEN A FULL-TIME JOB. I POSTED WHEN THE TRIAL STARTED - WITH SOME EXCERPTS AND THEN WAS RELIEVED TO REALIZE THAT EITHER YOU CARE OR YOU DON'T. IF YOU CARE, YOU ARE GOING TO FOLLOW THE TRIAL DETAILS WITH OR WITHOUT ME.

SO HERE WE ARE. WHILE I WAIT ANXIOUSLY I HAD TO COME MAKE AT LEAST A LITTLE NOISE TO LET YOU KNOW THAT THE AIR IS TENSE AND MANY HEARTS ARE HOPING. MANY PRAYERS FOR THE JURY ARE BEING LIFTED.

IT ISN'T ABOUT WHAT PEOPLE THINK HAPPENED - BECAUSE I DOUBT THAT THERE ARE MANY THAT WOULD DISAGREE ON THAT - BUT WHAT FITS THE LEGALITY OF A CONVICTION IN THE JURY'S EYES. GEORGIA HAS RARELY PROSECUTED A MURDER WITHOUT A BODY, BUT AS THE EVIDENCE MOUNTED IT SEEMED LESS AND LESS NECESSARY TO SEE HER. YOU COULD FEEL HER THROUGH THE MANY WITNESSES.

SHE WAS STANDING RIGHT AT THE DOOR OF A BRAND NEW FEAR-FREE LIFE. STRONG, BRAVE, AND SURE. SO BEAUTIFUL AND CONFIDENT.

I LOVE NOT HAVING TO BE OBJECTIVE. I AM NOT A REPORTER AND I DON'T TRY TO BE. I'M SOME LADY WITH A COMPUTER THAT IS PISSED OFF ABOUT HOW HARD IT IS TO DEAL WITH OFFICER-INVOLVED DOEMSTIC VIOLENCE. THAT MEANS THAT I CAN POST HERE WHAT ROME NEWS TRIBUNE REPORTER JOSH O'BRYANT WROTE IN HIS ARTICLE ABOUT THE PROSECUTION'S CLOSING ARGUMENTS WITHOUT QUOTING HERE WHAT HE RECORDED OF THE DEFENSE ARGUMENTS. BUT THE LINK IS HERE, IT'S A WELL DONE BALANCED ARTICLE AND YOU ARE INVITED TO READ IT IN IT'S ENTIRETY. 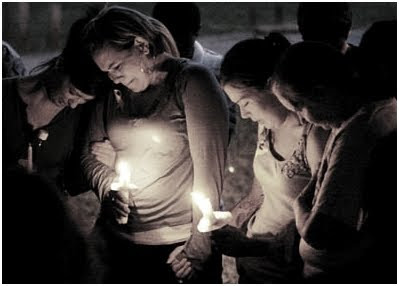 [EXCERPTS] In day 11 of the Sam Parker murder trial, the defense and prosecution on Monday gave their closing arguments in a courtroom filled with about 100 onlookers. After the closing arguments, the jury began deliberations about 3:30 p.m. They requested print photos from Sam Parker’s fishing trip with Bill Slack, which included shots of bruises on Sam Parker’s arms... Judge Wood dismissed court for the day shortly before 5 p.m. The jury will return Tuesday morning for further deliberation... After a short recess, district attorney Leigh Patterson gave a 58-minute closing statement to the jury... She said Sam took an oath as an officer and violated it and murdered his wife. “He had 72 hours to clean up the crime scene and he knew how to did it,” Patterson said of Sam and his numerous experiences with working around crime scenes... “We submit to you that Theresa Parker is dead” and Sam Parker murdered her... “He (Sam) is a cockroach who runs when you turn the lights on... Ladies and gentlemen, nobody leaves Sam Parker... In his mind she has betrayed him and there is not one shred of evidence that Theresa Parker was unfaithful to that man,” Patterson said. Patterson recalls [neighbor] Virginia Cordell’s video deposition, in which Virginia said Sam told her, “If she (Theresa) would come outside, I would shoot her in the head”...This is the guy who ….” Patterson reminded the jury that the reason Theresa’s family and Sam’s ex-wife did not call the police was “because, as they said, he was the police.” Patterson ended by saying that Sam was the person Theresa Parker would come home to every night and that Theresa was almost out of the situation with Sam and was starting her life over again in a peaceful way. Patterson asked the jury to “give her the peace she so desperately wanted.” 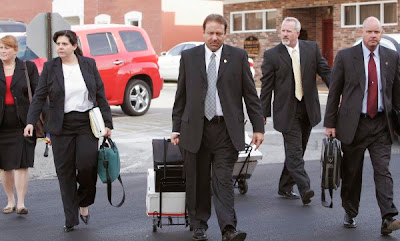