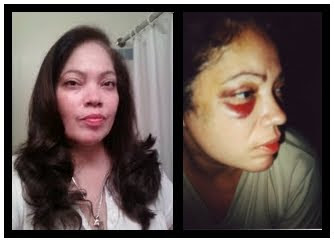 ...I’ve lived in fear for many years but I believe in our justice system and will not give-up...

My name is Rosaura Torres-Sadler.

I am a survivor of domestic violence and my abuser was a Pennsylvania State Trooper.

Honorable Sotomayor, on September 27, 2002 I was left in the middle of the road, bleeding and begging for help as Trooper S. dragged me with his assigned state police vehicle. It is now seven years since the horrible morning that I was severely injured by this Pennsylvania State Trooper.

As a victim, of domestic violence, I did not receive proper protection from the Lancaster (PA) Police Department or by the Pennsylvania State Police. You’re Honor; I followed the legal procedures to ensure that I received the protection order from further abuse and in October 2002, I was given an order of protection. However, in November 2002 my order was “dismissed” and yet, I never dropped the charges. The information that I received from the Office of Prothonotary’s was that, I had the charges dismissed which in fact I did not dismiss.

On December 27, 2002 the attorney that represented me through “Women Against Abuse” in Lancaster, PA., forward a letter to me that stated that they have officially put the “trooper on notice not to harass me or come within one-hundred feet of my residence.” I was completely confused regarding the aforementioned because at no time did the district attorney or the judge presiding over my protection speak with me regarding my injuries as a result of the physical abuse perpetrated by Trooper S.

My case was overseen for three years under Federal Judge Gardner, in Allentown, PA. After several motions were filed; on June 6, 2007 Judge Perkins and Judge Gardner ruled that there was enough evidence to move forward with this case. The case has been refilled back on July 6, 2007 in the Lancaster Common Pleas Court. Unfortunately, because Trooper Suber was never charged criminal court, this case is now in civil court.

I sent a letter to Pennsylvania Governor Ed Rendell on February 9, 2003 and informed him that there was a “cover-up” within the Pennsylvania State Police regarding my case. Sadly, I never received a response from the Governor’s office.

You’re Honor; I believe that the due process of law does not pertain to me. This horrible abuse caused me to have retinal detachment from my left eye and other physical and emotional scars. I’ve lived in fear for many years but I believe in our justice system and will not give-up.

I appeal to you, Honorable Judge Sotomayor for any assistance that you can provide. 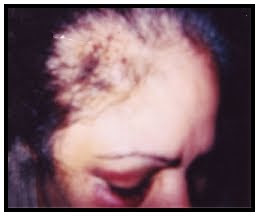