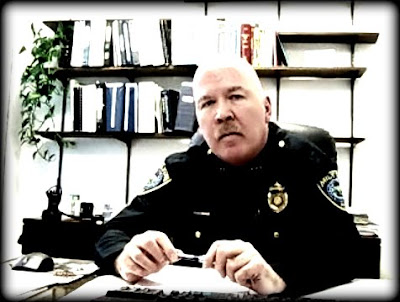 Milton Deputy Police Chief Paul Nolan has taken a sudden 6 week paid medical leave.
QUINCY COPS TO SEEK ASSAULT CHARGE AGAINST MILTON OFFICER
The Patriot Ledger
Sep 11, 2009
[Excerpts] Quincy police plan to seek an assault and battery charge against a deputy police chief on the Milton Police Department who allegedly struck a woman in the face late Thursday night. Quincy Police Chief Paul Keenan said the woman sought and was granted a restraining order Friday afternoon in Quincy District Court against Milton Deputy Chief Paul Nolan. According to Keenan, the woman made several 911 calls around midnight Thursday while driving in a vehicle with Nolan. The woman alleged Nolan had struck her in the face. During an interview later, police saw her face was bruised. Initially the woman said she did not want to press charges, Keenan said, and she made inconsistent statements. The decision to bring charges came after a follow-up interview on Friday, Keenan said... Nolan, a spokesman for the department, notified reporters on Thursday morning that he would be on medical leave beginning Monday and hoped to return to duty in six weeks. [Full article here]
[police officer involved domestic violence law enforcement brass massachusetts]
on 9/14/2009