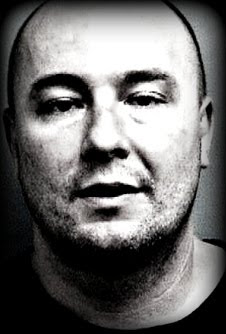 ...The wife reported that when he fled the house she heard a shot fired from the rear of the home...

DEPUTY ARRESTED FOR DOMESTIC ABUSE IN BOYNTON BEACH
South Florida Sun-Sentinel
By Jerome Burdi
9/8/2009
BOYNTON BEACH - A Palm Beach County Sheriff's deputy was arrested Monday night on simple domestic battery and assault charges for allegedly bending back his wife's fingers to grab a cell phone, Boynton Beach police said. Deputy Marcel Dossantos, 39, of Boynton Beach, who patrols west of Delray Beach, was put on administrative leave with pay after the arrest. According to his arrest report: Dossantos and his wife were watching a Civil War documentary when she changed the channel, angering her husband. Dossantos' wife told police her husband had been drinking. There was an argument and she grabbed her cell phone and said she'd call police. The deputy grabbed the cell phone from her hand, prying back her fingers. He then yelled in her face and made a motion as if he was going to strike her. His wife ran from the house and called police. Deputy Dossantos, hired by the Sheriff's Office in January 2007, was found walking in the 7000 block of Thompson Road where he was arrested. He was armed with his Glock and two full magazines, police said. [LINK]

DOMESTIC ARGUMENT LANDS DEPUTY IN JAIL
Reported by: WPTV staff
Email: webteam@wptv.com
Last Update: 9/8/2009 1:46 pm
WEST PALM BEACH, FL. -- PBSO deputy Marcel Dossantos appeared before a judge this morning. Dossantos was arrested after his wife reported an altercation. The arrest report states that there was a physical confrontation between the deputy and his wife. The wife reported that when he fled the house she heard a shot fired from the rear of the home. The Boynton Beach Police responded and Dossantos was arrested without incident. [LINK]
[police officer involved domestic violence law enforcement florida scary]
on 9/08/2009