[FL] Officer Reynaldo Smith's dv implodes, and he's allowed to "resign" instead of being fired 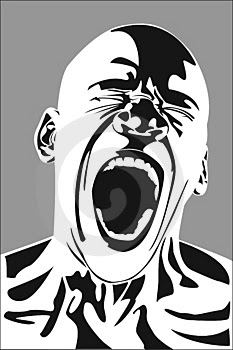 ... Hillsborough sheriff's deputies arrived and tried to separate the pair, but Smith was uncooperative and belligerent... He "screamed" throughout their investigation, "making communication impossible"... He also repeatedly told [O.B.], his girlfriend, not to speak to the deputies... An administrative review board found Thursday he had violated a slew of policies, including one governing an employee's obligation to be truthful, another obligating an employee to do what a supervisor says and a third involving improper conduct...

ST. PETERSBURG COP RESIGNS BEFORE HE WAS FIRED, DEPARTMENT SAYS
St. Petersburg Times
Sep 11, 2009 12:12 PM
[Excerpts] An internal police investigation determined that a police officer should be fired for disobeying his supervisors, lying to internal affairs investigators, and making a false report, according to findings from the St. Petersburg Police Department's Chain of Command Board... The Chain of Command Board on Thursday concluded that Smith, who worked for the department for almost three years, violated eight department policies, including violating a supervisor's order not to have any contact with his girlfriend, lying to internal affairs about whether his name was on his girlfriend's apartment lease, falsifying a mileage report and conduct unbecoming of an officer... [Full article here]

ST. PETE POLICE OFFICER ARRESTED AFTER DOMESTIC DISPUTE RESIGNS
Tampa Tribune
September 11, 2009
[Excerpts] Had a St. Petersburg police officer involved in a domestic dispute in Hillsborough County not resigned, he would have been fired, St. Petersburg police administrators say. On Feb. 1, the officer, Reynaldo Smith, and his girlfriend, [O.B.], were involved in a domestic dispute at their Hillsborough apartment, authorities say. A roommate of theirs heard a loud crashing in the couple's bedroom, became afraid, ran out of the apartment and called 911... Hillsborough sheriff's deputies arrived and tried to separate the pair, but Smith was uncooperative and belligerent during the investigation... Smith also refused to describe in full detail who he was, and failed to mention he worked for the St. Petersburg Police Department, the documents say. He also refused to be separated from [O.B.], yelled profanities and told her not to speak to deputies... Among other things, Smith lied about his being on the lease for the apartment... refused to return a gun given him by the mother of his son, who is a Clearwater police officer, the documents say. Smith was also told to stay away from [O.B.] during the St. Petersburg investigation, but he was seen with her... An administrative review board found Thursday he had violated a slew of policies, including one governing an employee's obligation to be truthful, another obligating an employee to do what a supervisor says and a third involving improper conduct. [Full article here]

HILLSBOROUGH DEPUTIES: ST. PETERSBURG POLICE OFFICER WAS UNCOOPERATIVE
St. Petersburg Times
Tuesday, March 17, 2009
[Excerpts] A St. Petersburg police officer is in legal trouble after allegedly ordering his girlfriend not to talk to Hillsborough deputies.
Officer Reynaldo Garnett Smith was cited Feb. 2 for obstructing or opposing an officer without violence, a misdemeanor charge. According to a Hillsborough sheriff's report, deputies were called to a Tampa home about 2:25 a.m. to investigate a domestic incident between Smith and [victim O.B.]. But Smith did not cooperate with his fellow officers, the report said. He "screamed" throughout their investigation, "making communication impossible," a deputy wrote He also repeatedly told [O.B.], his girlfriend, not to speak to the deputies... The officer has been placed on desk duty while the St. Petersburg Police Department investigates ... [Full article here]
[police officer involved domestic violence law enforcement repeat hx florida state]
on 9/13/2009