[OR] Slain Lisa Bonney feared her former-cop, businessman ex-boyfriend: “I was thinking, ‘Oh my God, he's going to kill me'”... 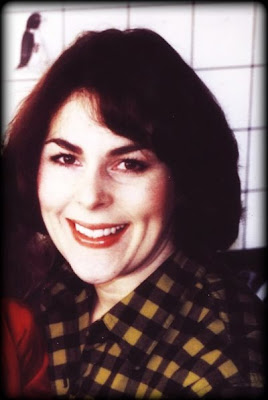 ...“I was thinking, ‘Oh my God, he's going to kill me,'” [Lisa] Bonney wrote in the petition for a protection order... [Brian Brushes' ex-wife] Tammie Brush wrote that she filed for divorce from Brush when he threatened to kill her... [Lisa Bonney's sister Kim] Klingler said her sister ended her relationship with Brush two months ago. Then, she said, the stalking began and Bonney got a restraining order. "She called me every night; she was scared"... 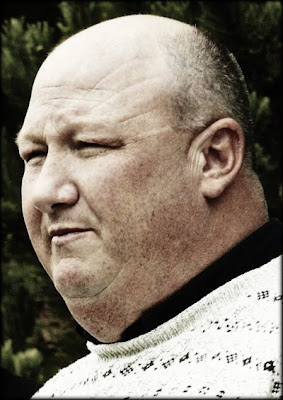 ...They say the two were arguing near the beach. When the victim tried to walk away, police say Brush grabbed a shotgun from his truck and shot her [3 times in the back]... in front of several witnesses and three Long Beach police officers... 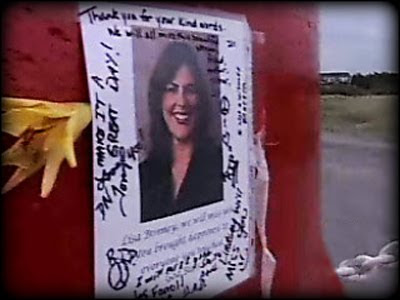 FORMER MEDFORD POLICE OFFICER CHARGED WITH MURDER
KDRV Staff & Associated Press
September 14, 2009
[Excerpts] A former Medford police officer and Southern Oregon businessman is accused of murder. 47-year-old Brian Brush is charged with gunning down his girlfriend in the coastal town of Long Beach, Washington Friday in broad daylight with tourists nearby and police watching. Investigators say Brush shot his girlfriend 45-year-old Lisa Bonney with a shotgun three times in the back. They say the two were arguing near the beach. When the victim tried to walk away, police say Brush grabbed a shotgun from his truck and shot her. Police say he immediately surrendered as nearby officers ran to the scene. The shooting happened during the annual Rod Run to the End of the World classic car rally that draws thousands of people and hot rods to the Long Beach Peninsula. Brush is currently being held in the Pacific County Jail in South Bend, Wash. on $5 million bail... [LINK]

BRUSH MURDER CASE: SHOOTING VICTIM FEARED FOR HER LIFE
The News-Review
Marissa Harshman mharshman@nrtoday.com
Monday, September 14, 2009
[Excerpts] The woman Brian K. Brush allegedly murdered in broad daylight Friday had filed a restraining order in late July, saying she feared Brush would kill her, according to court documents. Lisa G. Bonney, 45, filed for a protection order July 29 following a violent outburst by Brush days before. According to documents filed with South Pacific District Court in Long Beach, Wash., where the victim lived, Brush broke a wine bottle on the counter near Bonney and smashed a wooden chair into the back of the sofa on which she was sitting. “I was thinking, ‘Oh my God, he's going to kill me,'” Bonney wrote in the petition for a protection order. The petition also lists four other incidents in which Brush “exhibited rage” and destroyed Bonney's property. In one incident in September 2008, Brush allegedly beat Bonney's car with a hammer and threatened to harm her with the tool, according to court documents. In an e-mail written by Brush and submitted to the court in support of the protection order, Brush tells members of his family, Bonney and her children that he feels like he is out of control. “I am scared, lonely, and I need help,” he wrote in the July 26 e-mail. “I can't control myself and my feelings of anger. I am out of control, and I have no idea why... I have crash landed... Why do I lie. Why do I hate myself. I know what I am doing is wrong but I can't stop... I want to change myself but I can't and this scares me.” A letter written by Brush's ex-wife, Tammie Brush of Roseburg, was also submitted to the court in support of the protection order. In the letter dated July 29, Tammie Brush wrote that she filed for divorce from Brush when he threatened to kill her. Their divorce was finalized May 15, 2008. “I truly believe that Brian Brush is capable of killing someone and that his rage is uncontrollable,” Tammie Brush wrote... Brush, 47, allegedly shot and killed Bonney in broad daylight Friday afternoon, in front of several witnesses and three Long Beach police officers... Brush was charged with first-degree murder and is being held in Pacific County Jail in South Bend, Wash., on $5 million bail. Bonney, 45, was raised in Long Beach and leaves behind two daughters, 18-year-old Elizabeth Bonney and 16-year-old Olivia Bonney. Bonney worked as a real estate agent at Long Beach Realty for nearly two decades. One of her co-workers for the past 18 years, who asked that his name not be used, said Bonney had ended her relationship with Brush about a month ago. “I wouldn't say they were off and on, I would say she left him about a month ago and he was unwilling to accept that,” the co-worker said. Bonney's co-worker said she was outgoing, bright and a talented agent... Brush worked as a police officer for the Medford Police Department from June 1988 to July 1994, department spokesmen confirmed this morning. Brush left the department due to medical disability... [Full article here] 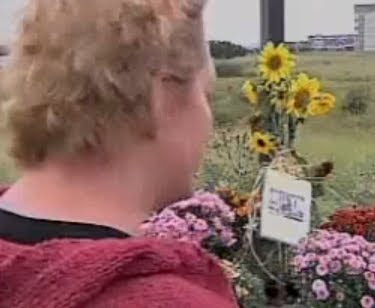 POLICE: ROSEBURG MAN GUNS DOWN EX IN FRONT OF TOURISTS
KVAL
By Susan Harding KATU News and KATU.com Staff
Story Published: Sep 14, 2009
[Excerpts] A man who owned one of the largest fishing boat companies in the region is accused of murdering his ex-girlfriend in broad daylight. Police in Long Beach said two officers witnessed the shooting - which happened at 4:41 p.m. Friday. Also witnessing the shooting were dozens of tourists in town for a car festival. Sunday a memorial has been set up for 45-year-old Lisa Bonney just a few feet from where the trio of shotgun blasts ended her life. "I knew something would happen," her sister, Kim Klingler, told KATU. "But I never dreamed it would be like this." Bonney's oldest sister couldn't know the mother of two would die in broad daylight - with tourists nearby - and two police officers watching... "She was walking away from the conflict," Klingler said. "It's very hard ... she was everything to me. She was there when no one else was there for me"... Klingler said her sister ended her relationship with Brush two months ago. Then, she said, the stalking began and Bonney got a restraining order. "She called me every night; she was scared," Klingler said. "I went with her a few times to make sure she got home okay"... "I would like to see either the death penalty," Klingler said, "or life in prison without parole"... [Full article here] 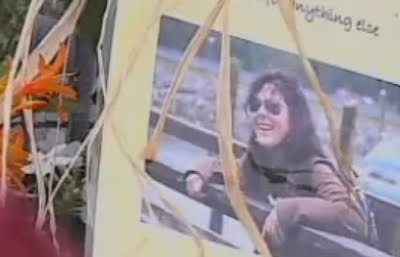