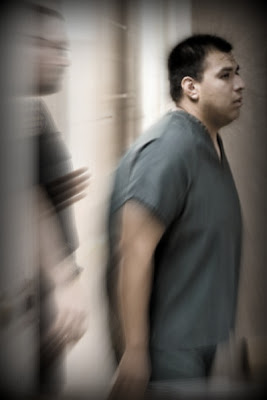 ...Hernandez's wife was being treated for a cut over her right eye... The man told police that Hernandez said he was a tribal officer and could kill him and bury him on Mount Adams and get away with it...

TRIBAL POLICE OFFICER HELD ON $100,000 BAIL
Domestic violence case
By Phil Ferolito
Yakima Herald-Republic
September 21, 2009
YAKIMA, Wash. -- Bail was set at $100,000 Monday for a Yakama Tribal Police officer accused of assaulting his estranged wife while on duty and unlawfully detaining and robbing a man she was with... Hernandez, who was brought to court from Yakima County Jail, is expected to face charges of first-degree robbery, second-degree domestic violence assault, unlawful imprisonment and felony harassment... Judge Ruth Reukauf put into place protection orders to keep him from coming within 1,000 feet of his wife and the man she was with early Friday... The man told police that Hernandez said he was a tribal officer and could kill him and bury him on Mount Adams and get away with it, the affidavit said... Toppenish police said they learned of the incident after being called to Toppenish Community Hospital on a domestic violence assault complaint. Hernandez's wife was being treated for a cut over her right eye... She told police she suffered the cut when her husband kicked in the door, the affidavit said... Hernandez, who is the son of Tribal Councilwoman Vera Hernandez, is scheduled to be formally charged during an Oct. 5 arraignment hearing... [Full article here] 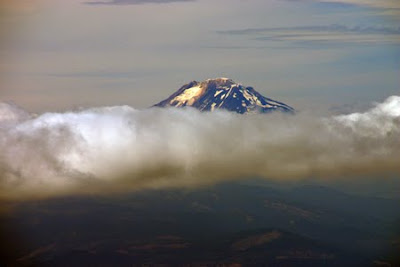 Excerpt from one commenter:
..."Pahto". Mt. Adams represents the ways of the past – the pursuit of game on the foothills, the gathering of wild plant foods on the lower slopes and the snows which give life to everything. Most of all, Mt. Adams symbolizes the strength of the People, who in spite of years of adversity, forged a truly strong and great Nation...
[police officer involved domestic violence law enforcement washington]
on 9/24/2009