[TX] Is it any surprise that a police chief hired despite 18 cop jobs in 14 years IS A CRIMINAL? 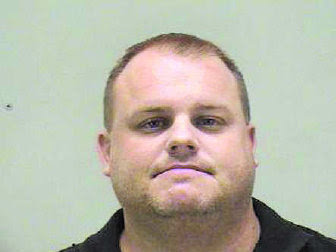 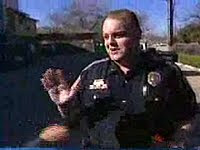 ...[Little River-Academy Mayor, Ronnnie] White and the city council hired [Michael] Meissner even though they knew he had 18 jobs in law enforcement over a 14-year period and had been dogged by intense scrutiny at his past few jobs... Investigators said they believe that Meissner used his position as police chief in Little River-Academy to find potential victims and has obtained nude pictures from people in the Belton, Killeen, Temple and Waco areas...

HE FINALLY GOT OUT SMARTED BY REAL COPS.

FORMER POLICE OFFICER CHARGED WITH CHILD PORN: LOCAL TEENS AND MEN MAY HAVE BEEN DUPED IN CASE
by Paul A. Romer
Published: September 18, 2009
...[Little River-Academy Mayor, Ronnnie] White and the city council hired [Michael] Meissner even though they knew he had 18 jobs in law enforcement over a 14-year period and had been dogged by intense scrutiny at his past few jobs... Meissner's cell phone records indicate that in just two months, June and July, he sent or received more than 4,900 text messages. Hoskins said most of the messages were centered on sex, prostitution, pornography and illegal drugs... Investigators say Meissner's double life began to unravel when he tried to enact revenge against Hoskins, the principal investigator in the case who, through a Web site, has alerted authorities about Meissner's past transgressions at every place that has tried to hire him in the past three years. Hoskins said the Web site, which refers to Meissner as a gypsy cop, was created as a law enforcement tool to help gather evidence against Meissner. In July, Meissner began paying a blogger named Joseph Dauben to develop an online smear campaign against Hoskins, according to police documents... Meissner is charged out of Dallas County with engaging in organized criminal activity, obstruction or retaliation and misuse of official information. In Tarrant County, he faces charges of sexual performance by a child, engaging in organized crime, attempted possession or promotion of child pornography, and promotion of prostitution... [Full article here]

FORMER POLICE CHIEF POSED AS WOMAN TO SOLICIT NUDE PHOTOS FROM BOYS, POLICE SAY
star-telegram.com
By Mitch Mitchell and Darren Barbee
Posted Wednesday, Sep. 16, 2009
A 39-year-old former police chief being held in the Dallas County Jail on Wednesday posed as a woman to solicit nude photos from a 17-year-old, investigators said. According to court documents, Michael Meissner used a bogus MySpace page, then asked for nude photos of teen boys... Investigators said they believe that Meissner used his position as police chief in Little River-Academy to find potential victims and has obtained nude pictures from people in the Belton, Killeen, Temple and Waco areas. One investigator said that in 2006, while Meissner was police chief in Caney City, a 15-year-old boy spent the night with him without his parents’ knowledge or consent and looked at pornography stored in a police computer. The teen told one of Meissner’s friends what had happened and began to get threats from Meissner... Meissner altered the computer’s hard drive and operating system, and as a result, the district attorney chose not to pursue the case... But now, investigators have more than 4,900 text messages and e-mails that they say outline the scope of Meissner’s enterprise, according to the affidavit. The stored messages show numerous pornographic pictures, as well as messages with references to sexual acts with boys and videotaping... Meissner could spend 110 years in prison... [Full article here]

MAN CHARGED WITH MAKING ONLINE THREATS ABOUT OFFICERS
Police Say Texas Man Hired NH Man To Post Personal Information
WMUR
September 17, 2009
A Plymouth man is being held on charges out of Texas alleging that he was paid to post police officers' private information online as a form of retaliation. Investigators said the personal information Joseph Dauben is accused of posting included pictures of the officers and, in at least one case, a copy of an officer's driver's license. They said he also made threatening statements about a detective in Texas. In a video posted on YouTube, Dauben holds up a copy of Sun Tzu's "The Art of War" while calling out a Texas police detective. "Let me put it very clear to everyone," Dauben said in the video. "This is 'The Art of War.' I will destroy you, John Allen J. Hoskins." The video was posted Sept. 14 in the hours before Dauben was arrested in Plymouth in connection with previous comments he made on his blogs.... Police in Texas say Dauben was actually hired by Michael Meissner to retaliate against law enforcement on Meissner's behalf. Meissner is a police chief for a small town in Texas who has been under investigation for years... Hoskins, a detective in Combine, Texas, said Meissner paid Dauben at least $200 to post personal information about the investigating officers on the Internet... In the Sept. 14 video, Dauben said he wanted to make a public statement about what he called rogue law enforcement. "I will destroy you by using every weapon I have, through my media, my blogs and my newspapers," he said... [Full article here]
[police officer involved domestic violence law enforcement accountability texas gypsy cop cops that hop hoppers]
on 9/19/2009