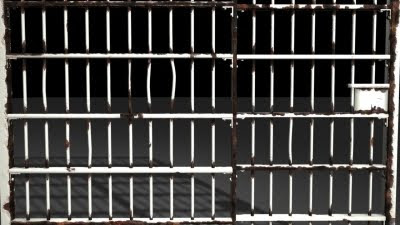 Baltimore Police Officer Troy Gee was allowed to plead guilty to just one of the charges and will be sentenced December 7th.
...Charging documents show that Gee has been charged with four sex offense counts, two counts of assault and one count of sexual child abuse. The documents show that the girl told police Gee fondled her in his basement and wouldn't let her leave... She also told police that he took a photo of her with his cell phone camera...

THANK YOU TO THE POLICE
AND PROSECUTORS FOR YOUR WORK
ON THIS CASE.
CITY POLICE OFFICER GUILTY IN ASSAULT ON GIRL IN HIS CARE
The Baltimore Sun
Rob Kasper
September 13, 2009
A Baltimore police officer pleaded guilty to second-degree assault Friday, shortly before his trial was to start. According to a statement of facts, a juvenile [relative] accused Troy Jaquan Gee Sr., 34, of taking her into a basement, trying to remove her pants and fondling her on March 26, 2008. The girl was in Gee's care, prosecutors said. Gee is to be sentenced Dec. 7, and could face up to 10 years in prison. He is free on $275,000 bail and has been suspended from the Police Department, according to the city state's attorney office. [LINK]

OFFICER PLEADS GUILTY TO 2ND-DEGREE ASSAULT
washingtonexaminer.com
Associated Press
09/11/09 9:55 PM EDT
BALTIMORE — A Baltimore police officer charged with sexually assaulting a juvenile last year has pleaded guilty to second-degree assault. Thirty-four-year-old Troy Gee Sr. entered the plea Thursday shortly before jury selection was to begin in his trial. He will sentenced on Dec. 7. He is free on $275,000 bail. According to a statement of facts, a juvenile who was in his care told police that on March 26, 2008, Gee took her into the basement of his home, where he tried to pull down her sweat pants and began to fondle her. Gee was a police officer at the time of the incident and was suspended after his arrest. [LINK]

LAST MARCH: POLICE OFFICER CHARGED IN TEEN'S SEX ASSAULT
WBAL
March 28, 2008
BALTIMORE -- A Baltimore city police officer is currently serving a suspension without pay after being charged with sexually assaulting a 13-year-old relative. According to police, a female relative of 32-year-old Officer Troy Gee Jr. said that he fondled her while they were at his home on Wednesday. Officials said the girl's mother called police after hearing from a relative with whom the girl had spoken. Charging documents show that Gee has been charged with four sex offense counts, two counts of assault and one count of sexual child abuse. The documents show that the girl told police Gee fondled her in his basement and wouldn't let her leave. Eventually, she got away because he went to work. She also told police that he took a photo of her with his cell phone camera. Police said they're looking into the allegations very closely. "We're obviously very careful in cases where it's a member of the department to make sure everything's done by the book … so there's not the appearance that anything was done differently or that officers receive any special treatment," said police spokesman Sterling Clifford. Gee has been on the force for nearly 11 years. He's currently out on bond. [LINK]

(HOW ABOUT PSYCHO-SEXUAL TESTING ON OFFICERS DURING RECRUITMENT AND EVERY TWO YEARS AFTER-HIRE DUE TO EXCESSIVE EXPOSURE TO EVERY VICE THERE IS? THERE IS A LOT MORE OFFICER-INVOLVED SEX CRIMES ON THE PUBLIC AND AT HOME THAN DOMESTIC VIOLENCE BUT IT IS NOT ADDRESSED AS A PROBLEM FROM SHORE TO SHORE.)
on 9/18/2009