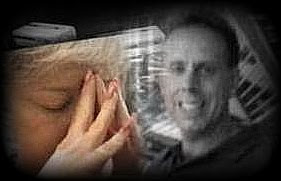 Barbara Sheehan is facing trial for killing her former New York City Police Sergeant husband, Raymond Sheehan. Although many attest to her years of abuse we trust our courts to decide justice. I am concerned that the defense's concerns can be so easily brushed aside - by the judge in question himself. 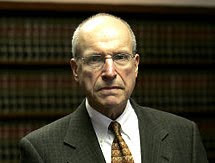 The judge in the case of a Queens woman accused of fatally shooting her ex-cop husband is aiding prosecutors - meeting them on the sly and preparing a ruling in their favor before they even asked for one, explosive court papers charge....

PREVIOUS ENTRIES:
SLAY JUDGE STANDS FIRM
New York Post
By WILLIAM J. GORTA
Last Updated: 10:48 AM, September 24, 2009
Posted: 3:30 AM, September 24, 2009
The judge in a Queens murder case who's been accused of siding with prosecutors refused to recuse himself yesterday while throwing every name in the book at the defense lawyer who made the startling allegation. "No matter how contentious, belligerent, hostile, arrogant and disrespectful defense counsel has been and continued to be, the court will remain impartial and finds no legitimate reason for disqualification," Queens Supreme Court Justice Arthur Cooperman wrote in a decision yesterday...

Thursday, September 24th 2009
A judge in the trial of a Queens woman accused of killing her cop husband said Wednesday he can be impartial - even though the defense lawyer is "belligerent" and "hostile." Supreme Court Justice Arthur Cooperman turned down a request from lawyer Michael Dowd to recuse himself from the murder trial of Barbara Sheehan. Sheehan, 46, is accused of pumping 11 bullets into the back of her husband, NYPD Sgt. Raymond Sheehan, while he was shaving in their Howard Beach home on Feb. 18, 2008. Dowd has blasted Cooperman's handling of the case and accused him of talking to prosecutors behind his back... [Full article here]
JUDGE ON DA'S SIDE: DEFENSE
New York Post
By WILLIAM J. GORTA
Last Updated: 10:34 AM, September 14, 2009
Posted: 4:15 AM, September 14, 2009
The judge in the case of a Queens woman accused of fatally shooting her ex-cop husband is aiding prosecutors -- meeting them on the sly and preparing a ruling in their favor before they even asked for one, explosive court papers charge. The papers also say that prosecutors badgered defendant Barbara Sheehan during a July 28 court-ordered psych exam, following her into the bathroom and reminding her of her religious beliefs. Lawyers for Sheehan last week filed the blistering accusations in the Appellate Division against Supreme Court Justice Arthur Cooperman... Sheehan's lawyer, Michael Dowd, accuses Cooperman of having a prohibited "ex parte" communication - talking to lawyers from one side without the other side's lawyers present. Dowd also said the judge came to court armed with a written decision for a request that the prosecution had yet to make...
"How could you have a written decision when you hadn't heard it?"
"Because I'm prepared," Cooperman said.
"Judge, it defies credibility," Dowd responded... Sheehan, who says she was violently abused by her husband, Raymond, says she became "very . . . upset" when Pomodore referred to her beliefs. Aldea denied tailing Sheehan to the bathroom, saying she escorted her there and then needed the facilities herself... [Full article here]