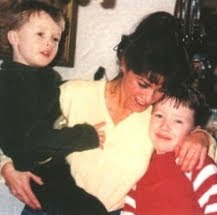 "...AS A VICTIM OF ABUSE INFLICTED BY THE POLICE CHIEF, WHERE COULD SHE TURN?... PERHAPS THERE IS NO SAFE PLACE FOR THOSE ASSAULTED BY PEOPLE IN SUCH CLOSED SOCIETIES AS THE POLICE AND MILITARY. THEREFORE, WE MUST CREATE ONE..."

While searching out other information this morning I found this writing. The need still stands, unfulfilled.

[Excerpts] What can be done when those who are supposed to keep us safe are harming us? In the aftermath of the murder of Crystal Brame [Judson] in Pierce County, women are left to wonder how they can seek out safety when assault and abuse go uninvestigated at the highest level in our police force. As a state and a community, we are shocked and horrified at the facts that have come to light as a result of the murder of Crystal and the suicide of her husband, former Tacoma police Chief David Brame... Why wasn’t the woman who says Brame raped her believed when she came forward in 1988? Now we in the Washington Coalition of Sexual Assault Programs are asking questions, but those questions need to go beyond finding out who had knowledge of the allegations of Brame’s violent history. We also need to hold institutions of authority — such as law enforcement and the military — accountable when they use job titles, positions of power or training and resources to abuse, hurt and or manipulate others... Crystal Brame sought assistance to remove herself from the abuse and from an abuser, as many women do. In this case, her abuser was in a position of power in the city. He had been given the authority by the city of Tacoma to enforce the law. As a victim of abuse inflicted by the police chief, where could she turn? Unless the institutions of power in our communities believe and support victims of sexual and domestic violence, and seek to provide a community free of such violence, there will be other tragedies like this one. As advocates for sexual assault victims, Washington Coalition of Sexual Assault Programs argues that perhaps there is no safe place for those assaulted by people in such closed societies as the police and military. Therefore, we must create one. An independent supervisory body should be established to make sure that sexual-assault complaints against law enforcement personnel are fully investigated and that victims receive the full support and protections they are entitled to by law, no matter what the occupation of the alleged abuser is. Sexual assault and domestic violence occur at all socioeconomic levels, in all communities and to all groups of people. Training for law enforcement and government officials on these issues may be an answer, but ultimately the public must demand permanent changes in city policies and procedures. We can no longer expect the police to police themselves, and we all must hold them accountable for their actions or lack thereof. We must be able to keep our communities safe from sexual and domestic violence. To do so requires that all offenders be held accountable, no matter what. [Full article here, PDF file]
[police officer involved domestic violence law enforcement fatality fatalities murder independent oversight citizen review tacoma police department washington]
on 9/10/2009