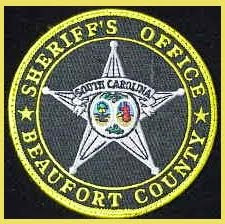 DEPUTY FIRED, ARRESTED FOR DOMESTIC VIOLENCE
Hilton Head Island Packet
By DANIEL BROWNSTEIN
Published Friday, September 4, 2009
A Beaufort County sheriff's deputy was fired Friday following an internal affairs investigation into allegations he beat his girlfriend, making him the second officer dismissed for misconduct in the past two weeks. Cpl. Shane Clevenger was relieved of his duties after being on paid suspension for about a week during the probe. He faces a charge of criminal domestic violence. The incident occurred Aug. 26 in the parking lot of Walmart in Beaufort. Clevenger, 42, turned himself in at the Beaufort Police Department two days later, when police obtained a warrant for his arrest, said Beaufort Police Chief Matt Clancy. He was booked at the Beaufort County Detention Center and released hours later on his own recognizance... [Full article here]
[police officer involved domestic violence law enforcement professional thumbs up sc south carolina]
on 9/06/2009