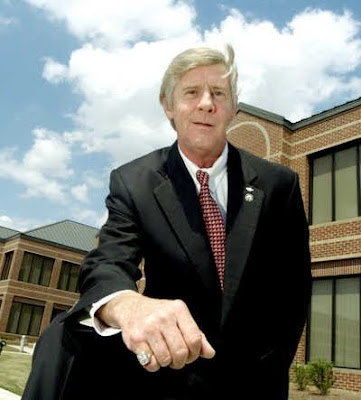 3:52 UPDATE: Mayor Walker dies after self-inflicted gunshot wound
macon.com
Monday, Sep. 28, 2009
Warner Robins Mayor Donald Walker was pronounced dead at 1:49 p.m. today after he suffered a gunshot wound to the head, Bibb County Coroner Leon Jones said. The wound appears to have been self-inflicted, Warner Robins Police Chief Brett Evans said. Evans and several City Council members said they don’t know why the mayor would have shot himself. The shooting happened at the mayor’s house and was reported at 11:08 a.m. by his wife, Patricia, Evans said. She was the only one at home with the mayor when he was shot, said Evans, who did not think she witnessed the actual shooting... [Full article here]
suicide public official georgia state campaign
on 9/28/2009