[TN] Sheriff's Deputy Lewis charged with assault on his wife 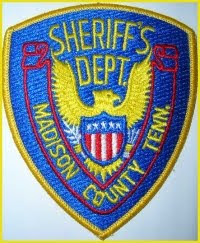 DEPUTY FACES ASSAULT CHARGE
Wife obtains order of protection after altercation
The Jackson Sun
September 26, 2009
[Excerpts] A Madison County Sheriff's deputy has been charged with assault after an altercation with his wife, who has also placed an order of protection against him, according to a news release from the Madison County Sheriff's Office. Chad Michael Lewis, 27, has been placed on administrative leave with pay, pending the outcome of the investigation... [Sheriff David] Woolfork said he did not know when Chad Lewis would be in court on the domestic assault charge. [Full article here]
[police officer involved domestic violence law enforcement tennessee]
on 9/26/2009