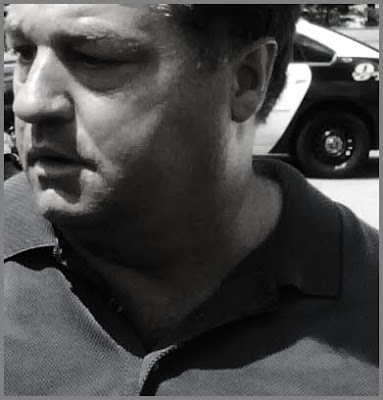 JUDGE WANTS REMOVED FROM POLIVKA CASE
Tribune Chronicle
August 27, 2009
WARREN - A municipal court judge is asking the Ohio Supreme Court to assign a visiting judge to hear the domestic violence case of Trumbull County Commissioner Dan Polivka. Judge Terry Ivanchak made the request because Polivka's position creates a potential conflict of interest among any of the county's municipal courts, according to court officials. Polivka pleaded innocent to the domestic violence charge on Friday and was released on bond pending a pretrial hearing in Warren Municipal Court at 10:15 a.m. Sept. 17. Polivka's wife, JoAnn, told Howland police that Polivka rammed a golf cart into hers Friday afternoon at the Old Avalon South golf course on East Market Street and hit her on the face after throwing a set of golf clubs onto the course and grabbing her by the neck. Polivka could face up to six months in jail if convicted. [LINK]

EARLIER NEWS: COMMISSIONER CHARGED
Polivka accused of attacking wife at golf course
Tribune Chronicle
By Darcie Loreno
POSTED: August 22, 2009
[Excerpts] Trumbull County Commissioner Daniel Polivka was arraigned Friday afternoon on a domestic violence charge after his estranged wife said he attacked her at Old Avalon Golf Course. JoAnn Polivka told police that shortly after noon, he drove a golf cart at hers, grabbed her by the back of the neck and hit her before leaving. He was arrested about an hour later at the Howland branch of Warren-Trumbull County Public Library. He pleaded not guilty to his charge in Warren Municipal Court late Friday and posted $2,500 bond... In his 4 p.m. arraignment, Polivka pleaded not guilty to the charge. Judge Thomas Gysegem issued $2,500 bond and a temporary protection order banning him from contact with JoAnn Polivka, her home or her place of employment.... Warren Municipal Court's daily hours end at 4 p.m. When asked if Polivka's appearance late on a Friday was expedited because of his status, Hicks said that while it is out of the ordinary, arraignments can take place later in the day if a judge is available. Arraignments usually take place in the morning. According to court records, Polivka's wife filed for divorce in May. A hearing in the divorce case is set for September. Police reports in Warren show a history of issues among the two. In April, police were called to Polivka's Country Club Drive home for a "domestic situation" and found Polivka's wife sitting in the driveway crying. She told police the couple was having marital problems, but was not hit or threatened... Polivka confirmed with police the couple was having marital issues and said the two weren't arguing. "He just wants her out of the house," the report states. Domestic violence laws were explained to both, and Polivka's wife agreed to stay at her mother's home until the issues were resolved, the report states. Other call logs show that in March and in May police were called from Polivka's home, however, police reports were not required in those instances, the logs state.... [Full article here]
[police officer involved domestic violence law enforcement public official hx repeat hx]
on 9/02/2009