[CA] The gun that killed Sgt's wife, Janet Kovacich, may have been located 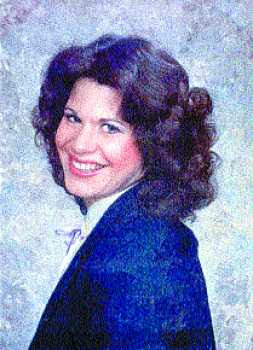 ...Janet Kovacich was reported missing Sept. 9, 1982... [Placer County Sheriff's Sgt. Paul] Kovacich had initially been given time to look for his wife before police became involved three days after her disappearance...

...[2006] The test identified the skull fragment as Janet Kovacich's. The county coroner also determined a hole was caused by a gunshot...

Kovacich murder case: Investigators recover gun that owner believes could be key murder trial evidence
Lincoln News Messenger, CA
Possible link to unsolved 1982 killing of Auburn woman
By Gus Thomson gust@goldcountrymedia.com
Aug 21, 2008
[Excerpts] It may not be smoking. But investigators have located a gun that could have killed Auburn's Janet Kovacich 26 years ago - and it might play a key role in her husband's upcoming murder trial. Lincoln residents Craig and Nancy DeLoach gave a .44 caliber pistol to a Placer County Sheriff's Department investigator on Monday. "All we were told was that a sergeant may have killed his wife 25 years ago,' Nancy DeLoach said Tuesday. The couple was also told that the stainless-steel handgun had initially belonged to the suspect and then been given or sold to a law enforcement officer. A friend of Craig DeLoach's was given the gun by the second owner - an officer, identified as a captain - as payment for work he had done. When the friend moved from the area, the friend gave Craig the gun as a keepsake, Nancy DeLoach said. "If it killed a person, we don't want it anymore," Nancy DeLoach said. "It's got bad karma." What exactly law enforcement will do with the weapon and how it will affect the upcoming murder trial in Placer County superior court of former sheriff's Sgt. Paul Kovacich would be conjecture. A gag order has been put in place, preventing anyone involved with court proceedings from discussing the case or evidence... DeLoach said it's likely the gun they have is the gun the Sheriff's Department wants in its investigation of the death of Janet Kovacich 26 years ago. "By the way the guy was acting, it probably is," DeLoach said. Janet Kovacich was reported missing Sept. 9, 1982. She and Paul Kovacich lived in the Skyridge subdivision in South Auburn... Paul Kovacich had initially been given time to look for his wife before police became involved three days after her disappearance. The Auburn Police investigation was never closed and after a murder indictment was handed down by a Placer County grand jury, Paul Kovacich was arrested Sept. 5, 2006. The gun's surfacing wasn't the first time a new piece of potentially important evidence has turned up - even more than two decades after Janet Kovacich disappeared. A section of skull recovered in 1995 from Rollins Lake, near Colfax, underwent a DNA test two years ago. The test identified the skull fragment as Janet Kovacich's. The county coroner also determined a hole was caused by a gunshot, although defense attorney's argue that it can't be a certainty. Kovacich awaits trial on a murder charge with an enhancement of using a firearm to commit the murder... [Full article here]
on 8/23/2008