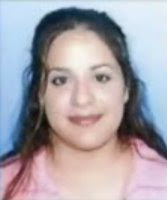 ...It alleges that the officers spent nearly three hours in the crime scene, during which time they flushed blood evidence, removed bloody bedding and pieces of the mattress that Tera Chavez was on when she died... The lawsuit names an APD lieutenant and two sergeants who were at the scene, as well as three unnamed police officers allegedly responsible for the destroyed and removed evidence as defendants...

FAMILY SUES APD OVER VALENCIA COUNTY INVESTIGATION
koat.com
POSTED: 10:44 pm MDT August 18, 2008
UPDATED: 6:11 am MDT August 20, 2008
[Excerpts] A family claims Albuquerque police officers ruined an investigation that could have determined whether the death of a loved on was suicide or murder. In October 2007, Tera Andrea Chavez was found dead in her Valencia County home. Investigators determined she died after the police issued gun of her husband, APD officer Levi Chavez, went off in her mouth. The lawsuit claims before Tera's death, her husband cheated on her several times with female APD officers and that APD higher-ups knew or should have known about it... The lawsuit alleges that several APD officers drove to the crime scene, interfered with the Valencia County Sheriff's Office investigation and ruined evidence. The suit states the APD officers "demanded the professional courtesy of being able to remove bloody bedding. Some of the APD (officers) cut up and removed sheets and mattress material." The suit also alleges, "a blood sample in a toilet was flushed away by an APD officer." The lawsuit claims, "they were there for two hours and 45 minutes. By the time they left key pieces of evidence were destroyed and lost forever, while other evidence has been contaminated and disturbed." While lawyers for the Chavez's estate admitted they have no evidence to indicate that her death was a homicide, they claimed that with the loss of evidence, no one may ever know what exactly happened to her. They are seeking damages from the city of Albuquerque, APD and many others... APD's lawyer gave Action 7 News a written statement that said in part, "A plaintiff can allege anything in a civil complaint, that does not make the statement true, she has to prove her case in a court of law." [Full article here]

LAWSUIT FILED ON DEATH OF OFFICER'S WIFE
Valencia County News Bulletin, NM
Sean Olson Journal Staff Writer
August 20, 2008
[Excerpts] ...The lawsuit alleges that her husband, Albuquerque Police Department officer Levi Chavez, either shot her or drove her to suicide. The wrongful death lawsuit names nine officers and Albuquerque Police Chief Ray Schultz. It makes other allegations that range from crimes, such as fraud, to a "sub-culture" of infidelity, to poor policies and practices by APD. Tera Chavez's death in Los Lunas is still under investigation by the Valencia County Sheriff's Department. Levi Chavez has been named a "person of interest" in the investigation. He is on paid leave. The suit was filed by attorney Brad Hall on behalf of Tera Chavez's estate. Levi Chavez's attorney, David C. Serna, said Monday evening that the lawsuit is without merit... Multiple APD officers showed up at the Chavezes' home in Valencia County the evening of Oct. 21, 2007, after the Valencia department reported the death to the agency as a "courtesy," the lawsuit states. It alleges that the officers spent nearly three hours in the crime scene, during which time they flushed blood evidence, removed bloody bedding and pieces of the mattress that Tera Chavez was on when she died... Tera Chavez allegedly told relatives months before her death that "if anything ever happens to me, Levi did it." Levi Chavez opened a $100,000 life insurance policy on his wife a little more than two weeks before her death with coverage that includes suicide, according to the lawsuit. LEVI CHAVEZ AND "HIS COP FRIENDS" ALLEGEDLY WERE INVOLVED IN AN INSURANCE FRAUD SCHEME IN WHICH TERA CHAVEZ WAS SUPPOSED TO REPORT HER HUSBAND'S TRUCK STOLEN TO THE INSURANCE COMPANY AFTER HE DISPOSED OF IT WITH OTHER OFFICERS, THE SUIT SAYS. IT SAYS TERA CHAVEZ LEFT A MESSAGE WITH STATE INVESTIGATORS REPORTING THE FRAUD THREE DAYS BEFORE HER DEATH... [Full article here]

LAWSUIT CLAIMS APD CONTAMINATED CRIME SCENE
By: Jeremy Jojola, Eyewitness News 4, and Joshua Panas, KOB.com
08/18/2008
[Excerpts] ...The lawsuit claims that Tera's husband, Levi Chavez, changed her life insurance policy to include a suicide clause. The suit says that policy became active 17 days before she was found dead. The City of Albuquerque released a statement saying "allegations made against APD are serious and will be fully responded to in a court of law." The statement goes on to say "the claims made in this case are without merit, are not supported by the facts or the law, and APD is confident a court will agree." Officer Chavez has been on paid leave since his wife was found dead. [Full article here]
on 8/20/2008