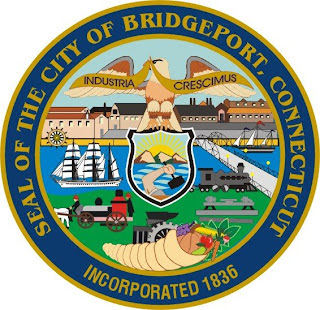 ...[State’s Attorney Kevin] Lawlor said the victim wrote a letter to the court urging prosecutors to continue with the case and not to lower bail. “The victim is terrified, and rightfully so... It’s a terrible situation, but protecting her (the victim) came first”...

Previous entry:
[CT] Will Officer Orbegozo get away with this armed domestic attack too? - HE HAD JUST BEEN ARRESTED FOR ATTACKING A WOMAN - MAYBE THE SAME VICTIM AS THIS TIME (A FEMALE POLICE OFFICER) - 2 WEEKS EARLIER, BUT THE PROSECUTOR DECIDED TO NOT PROSECUTE HIM. NOW THE STILL-EMPLOYED COP FORCES A FEMALE POLICE OFFICER OUT INTO THE WOODS AND PISTOL WHIPS HER - AND NOW WHAT?

No bail reduction for accused Park City cop
New Haven Register
By James Tinley jtinley@nhregister.com
08/08/2008
[Excerpts] Bridgeport police Officer Andre Orbegozo allegedly was armed with a gun and wearing gloves and a bulletproof vest as he waited for his ex-girlfriend to arrive at her home before kidnapping her at gunpoint... Orbegozo allegedly took his ex-girlfriend, who also is a Bridgeport police officer, to a secluded wooded area in Ansonia with plans of killing her, then asked her to turn the gun on himself... “He attacked her in a planned and methodical way. ... Luckily for him and her, it didn’t end as he originally planned,” [State’s Attorney Kevin] Lawlor said. These new details emerged as Orbegozo’s defense attorney argued unsuccessfully at Superior Court in Milford for his client’s $500,000 bail to be lowered to an amount that he could pay... Orbegozo, 32, of Naugatuck is charged with second-degree assault with a firearm and second-degree kidnapping with a firearm. “He’s not just facing serious charges, he’s facing a serious period of incarceration, a minimum four years in prison,” Lawlor said. “There’s no way around that, the charges don’t change.” Lawlor said the victim wrote a letter to the court urging prosecutors to continue with the case and not to lower bail. “The victim is terrified, and rightfully so... His actions show he’s a continued threat to this victim. ... She should be able to feel safe. Bond should remain the same.” Naugatuck police previously arrested Orbegozo in April in a domestic violence incident involving the same woman, whose name hasn’t been released. He was charged with disorderly conduct and second-degree unlawful restraint, according to Lawlor and Naugatuck police. The case was nolled in court May 13... protective order was issued at the time of that arrest, but was vacated at the disposition of the case. Orbegozo notified Naugatuck police of that incident and drove his victim to the hospital after striking her on the head, badly cutting her, according to police and his defense attorney. His defense attorney, John R. Gulash, said at the time of the alleged kidnapping there was “a huge concern whether this gentleman could do himself harm.” Orbegozo told a psychiatrist following his kidnapping arrest that he “implored the victim to kill him, to put him out of his misery,” Gulash said. Gulash said Orbegozo was suffering from “growing depression that became overwhelming”... A report done by a mutually agreed-upon doctor concluded that Orbegozo would “benefit from in-patient treatment that could only be provided at a psychiatric hospital,” Gulash said. Ronan refused to lower bail, stating: “The facts are more than disturbing.” “It’s a terrible situation, but protecting her (the victim) came first,” Lawlor said. Orbegozo is on administrative leave from the Bridgeport Police Department... [Full article here]
on 8/09/2008