[MI] Investigator of Sgt.'s wife - Rose Cobb's - murder warned: "This thing is bigger than you. Trust me." 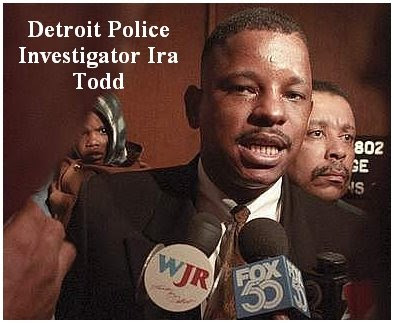 ...During a 90-minute interview Thursday in Stefani's Royal Oak office, Todd, 50, claimed his supervisors pressured him to turn over a written report documenting his investigation into hit man Vincent Smothers, who told police he was responsible for 10 murders, including the 2007 fatal shooting of Rose Cobb, the wife of Detroit Police Sgt. David Cobb... Smothers was arrested the morning of April 19 at his Shelby Township home. Todd said he was interrogating him at police headquarters when [Cmdr. James] Tolbert interrupted the interview. "I've never had that happen; you never want to stop someone when they're in the middle of a confession because they might change their mind," Todd said...

DETROIT -- Investigator Ira Todd said he doesn't know whether reports of Mayor Kwame Kilpatrick's connection to a reputed Kentucky drug dealer are true, but he said the way his supervisors at the Detroit Police Department stymied his investigation into the claim is suspicious.

"From a cop's perspective, if someone tries to keep you from looking at something, that means there may be something they're trying to hide," said Todd, a veteran detective who claims he was demoted to desk duty for investigating alleged ties between Kilpatrick and a reputed cocaine dealer and associate of a hit man. "Otherwise, why not just allow the investigation to let the truth come out?"

Todd's attorney, Mike Stefani, filed a whistle-blower lawsuit on Todd's behalf last month, claiming Todd was transferred to a desk job in May because he was looking into the matter.

During a 90-minute interview Thursday in Stefani's Royal Oak office, Todd, 50, claimed his supervisors pressured him to turn over a written report documenting his investigation into hit man Vincent Smothers, who told police he was responsible for 10 murders, including the 2007 fatal shooting of Rose Cobb, the wife of Detroit Police Sgt. David Cobb.

Todd said he found out while investigating Smothers that a man named Ernest Davis, 26, who goes by the street name "Nemo," helped Smothers commit some of the murders.

"We found out Smothers and Nemo would go down to Lexington, Ky., to lay low after they did a hit job," Todd said.

The two would hide out at the home of Davis' brother, James Davis, Todd said.

"I called down to Kentucky and they knew of James Davis right away," Todd said. "They told me, 'Be careful; he brags about being close friends with your mayor, and that Kilpatrick basically gave him the keys to the city.'

"What concerned me was this was a veteran law enforcement officer telling me this. They seemed really concerned about me; they kept saying, 'Be careful.'"

"He told me the same thing: He said, 'Be careful; Davis surrounds himself with police officers and is well-insulated.'"

Todd said he reported to his supervisors what investigators in Kentucky told him about the mayor. "Then things got really weird," he said.

"The pressure they were putting on me is hard to describe," said Todd, who is on sick leave because he said the pressure he was put under caused him to become physically ill.

Smothers was arrested the morning of April 19 at his Shelby Township home. Todd said he was interrogating him at police headquarters when Tolbert interrupted the interview.

"I've never had that happen; you never want to stop someone when they're in the middle of a confession because they might change their mind," Todd said. "(Tolbert) wanted to know what Smothers was telling me. He seemed like he was afraid of what Smothers was going to say to me."

Todd said Tolbert then told him which questions he could ask Smothers.

"I got upset," Todd said. "It didn't make any sense. All the guys on the task force had worked so hard on this case, and the supervisors were interfering."

Then, after Smothers confessed that Cobb had promised him $10,000 to kill his wife, Todd said investigators were pressured by top police officials to arrest Cobb.

"The Prosecutor's Office told Tolbert, 'You don't have enough evidence to arrest Cobb.' We all wanted to wait, but Tolbert told us to arrest Cobb. We were all wondering why. We were bummed out."

Later, during a conference call with Todd, his supervisors, and Lexington police, Todd said he was "totally embarrassed. They kept dancing around the Kwame stuff, like they didn't want to talk about it."

Todd said he was ordered by his immediate supervisor, Lt. Harold Rochon, to take his vacation a week early.

"He kept saying, 'This thing is bigger than you. Trust me, take your vacation.'"

When Todd returned, he was transferred to the Northwest District. Supervisors told Todd that he hadn't properly documented his work in the case.

Last fall, a Wayne County jury agreed with Stefani that Kilpatrick had punished two officers investigating mayoral wrongdoing. That lawsuit, along with a whistle-blower settlement, led to an $8.4 million settlement.

Stefani said there may not be any merit to James Davis' claim of a relationship with Kilpatrick -- "but (Todd) never got the chance to prove whether it was true or not," he said. "It's like the line from Shakespeare: Methinks they doth protest too much."

Todd said the atmosphere in the Police Department changed when Kilpatrick took over as mayor.

"When (Dennis) Archer or Coleman Young were mayor, this would have never happened," he said. "But this administration is different. I don't know what the mayor has on the supervisors, but they're scared to death of him. I've never seen anything like it. You find yourself whispering about Kwame Kilpatrick; you're afraid to say anything out loud." 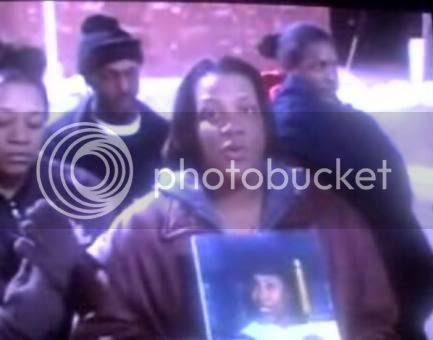