[LA] Deputies Mallery & Mallery suspended after unreported gunshot in the back 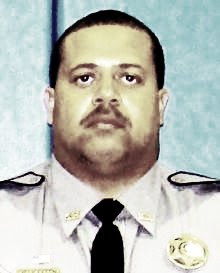 St. Martin sheriff suspends deputies
2TheAdvocate, LA, Page: 1BA
By JASON BROWN
Aug 23, 2008
A husband and wife who work as deputies at the St. Martin Parish Sheriff's Office are on administrative leave after a domestic disturbance that ended Thursday with the husband being shot in the back. According to a news release issued Friday, Nolan Mallery and Kayla Mallery are on administrative leave pending the outcome of an internal investigation. Nolan Mallery was shot in the back at his house Thursday around noon while he was off-duty. According to the release, Mallery was treated and released from a local hospital Thursday night. Assistant District Attorney Chester Cedars said he believed the incident was not reported to the Sheriff's Office. When Sheriff Ronald Theriot learned of the incident, he immediately called for an investigation, Cedars said. Cedars said he will meet with the Sheriff's Office next week to review the case. After that meeting, Cedars could decide whether any charges will be filed in the incident. In the meantime, Cedars applauded Theriot and his office for acting quickly in calling for an investigation into the matter.
on 8/23/2008