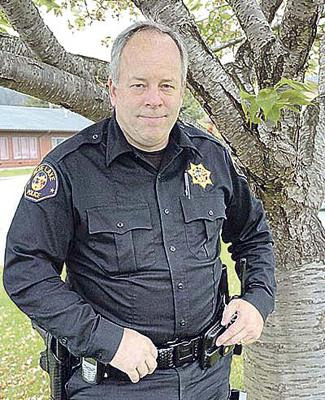 The trial for Blue Lake Police Chief Gundersen picks up again on August 25th. Here are excerpts from recent news, including a list that I extracted from the articles, given as the reasons why the Chief's wife Darcie now says she lied, telling the court she was drugged, raped, and photographed many, many times by her husband.

...[Darcie] Seal and Gundersen's attorney, Russell Clanton, have alleged that investigators detained, coerced, bullied and browbeat Seal into making rape allegations during the Feb. 8 interview. A portion of the interview shown to the jury Wednesday seemed to contradict some of those allegations...

[Darcie is an ex police sgt with Blue Lake Police, and Chief Gundersen's ex-wife works at the McKinleyville Sheriff's substation.]

DARCIE NOW SAYS SHE LIED...
ALLEGED VICTIM TALKS ABOUT EMOTIONAL STATE
The Eureka Reporter
By John C. Osborn josborn@eurekareporter.com
Aug 15 2008
Darcie Seal testified Friday at the trial of her husband, former Blue Lake Police Chief David Gundersen, that as a result of emotional and mental stress stemming from years of mothering children, police work and marital problems, lying to investigators about allegations of rape was seen as a "cure” to get him out of the house. While under cross-examination by Gundersen’s attorney, Russell Clanton, Seal described the details of events that led up to her interview with investigators on Feb. 8, resulting in Gundersen’s arrest that day for alleged spousal rape. Seal, who asked The Eureka Reporter to use her real name instead of the "Jane Doe” court designation, requested the court to do the same during the proceedings. Gundersen is charged with 24 counts of alleged spousal rape with an intoxicant, along with five other charges, including two related to illegal firearms... [Full article here]

Gundersen's wife: I didn't think he'd be arrested
Times-Standard, CA
08/15/2008 0
Former Blue Lake Police Chief David Gundersen's wife testified today that she lied about being raped to investigators on the day of her husband's arrest out of a desire to have him out of her life. Under questioning by Gundersen's defense attorney Russell Clanton, Darcie Seal said she had no idea why she was called to the Humboldt County Sheriff's Office on Feb. 8, but in hindsight believes it was part of a plot by Gundersen's ex-wife to get him to leave the county and secure full custody of their children... He [Gundersen] is in custody on $1.25 million bail. The charges stem from Seal's Feb. 8 interview by investigators, in which she told them that over the course of years she'd been repeatedly raped by Gundersen while she slept. Seal, a former Blue Lake police sergeant, has since recanted her statements... "I didn't think it was at all serious," Seal said of the February interview, despite the fact that she was being questioned by senior members of law enforcement... [Full article here]

GUNDERSEN JURY SEES INTERVIEW VIDEO
Gundersen's wife takes the stand, says she lied to investigators
The Times-Standard
Thadeus Greenson tgreenson@times-standard.com
08/14/2008
The wife of former Blue Lake Police Chief David Gundersen testified Wednesday in her husband's spousal rape trial that Gundersen never had sex with her against her will and that she lied to investigators... Seal testified that Gundersen never engaged in nonconsensual sex with her and that she was being "sarcastic" when she told investigators he had on the day of her husband's arrest... [District Attorney Paul] Gallegos then halted her testimony to show the jury a videotape of her Feb. 8 interview with investigators. Before the video was shown, Seal testified that she only agreed to meet investigators at the Sheriff's station in Eureka to discuss an appropriate police response in the event that "things got heated" between her and Gundersen. She testified that she was under emotional duress and answered investigators' questions sarcastically because she felt she was speaking with the friends of Gundersen's ex-wife, who works at the McKinleyville Sheriff's substation. "I had no idea I was being recorded or that it was a serious matter," Seal testified, also saying investigators did not allow her to leave. Seal testified that she lied to investigators. She only testified that her husband had engaged in nonconsensual sex with her at his preliminary hearing because investigators had convinced her it was rape... Gallegos later asked Seal if she was also being sarcastic when she sent her husband an Aug. 16, 2007, e-mail accusing him of lying to her, using her and raping her. "I was just pissed off and talking," Seal responded. "I say things I don't mean." Seal and Gundersen's attorney, Russell Clanton, have alleged that investigators detained, coerced, bullied and browbeat Seal into making rape allegations during the Feb. 8 interview. A portion of the interview shown to the jury Wednesday seemed to contradict some of those allegations. The hour-and-a-half-long interview, approximately an hour of which was shown in court Wednesday, begins with Seal asking Sheriff's Office Lt. Dave Morey, Detective Troy Garey and Sgt. Wayne Hanson if the interview is being recorded. They respond that it is. Seal sat in the courtroom's first row Wednesday, about 10 feet behind her husband, as the prosecution played the video in which Seal repeatedly uses the word "rape" to describe Gundersen's acts, even saying that he'd confessed about a week earlier that he'd been raping her while she was asleep... She says numerous times that she considers it rape, at one point even saying she told Gundersen "people go to prison for this for a long time." In the video, she also told the investigators Gundersen had threatened to kill her and had recently told her he wanted to "put a gun to his head"... Seal conveys fears to investigators regarding what impact Gundersen's arrest would have on his children, on him and on her... The jury is expected to view the remainder of the video when the trial resumes today... [Full article here]

DA GRILLS ALLEGED VICTIM ON STAND
The Eureka Reporter
By John C. Osborn josborn@eurekareporter.com
Aug 14 2008
During a tense day of testimony Thursday at David Gundersen’s trial, wife Darcie Seal recanted almost all of her previous statements she made that referred to wrongdoing by her husband. Humboldt County District Attorney Paul Gallegos continually questioned Seal about precise statements she made to investigators and during the preliminary hearing, only to find that she said all those past statements were false... Seal recanted a long list of allegations she made against Gundersen, including that he raped her and that he was more aroused sexually when she was sleeping... [District Attorney Paul] Gallegos asked Seal if she thought investigators would take her allegations as a joke, as she testified that she tried to tell everyone she was being sarcastic... "What part of the joke made you cry?" Gallegos pressed her about the taped interview. "I wanted to leave," Seal said. "I was confused." Seal testified that when she walked into the Feb. 8 interview with investigators, she wasn’t in the "right state of mind" and felt emotional as she had just come back from her psychiatrist... [Full article here]

GUNDERSEN'S WIFE SAYS SHE LIED TO INVESTIGATORS, ON STAND AT PRELIM
The Times-Standard
Thadeus Greenson
08/15/2008
David Gundersen's wife testified Thursday she lied to investigators and during her husband's preliminary hearing, while taking the stand on the fourth day of the former Blue Lake police chief's spousal rape trial... Thursday's proceedings began with the jury viewing the last minutes of the investigators' Feb. 8 interview with Gundersen's wife, Darcie Seal... Seal testified that investigators repeatedly told her she was not free to leave the interview, despite her requests. During the hour-and-a-half-long videotaped interview shown to the jury, Seal is never seen asking to leave. She also testified at various points Thursday that she was simply repeating things Gundersen's ex-wife had told her, that she was telling investigators what they wanted to hear and that she was angry with Gundersen at the time. "As a police officer, you are aware that giving false evidence is a crime?" Gallegos asked. "Yes," Seal responded. Gallegos also questioned Seal about her testimony during Gundersen's preliminary hearing, walking her through transcripts of the proceedings and repeatedly asking her if she remembered answering his questions, and if she was honest. She testified that she didn't remember, or only vaguely remembered, many parts of the interview and preliminary hearing, saying she was under a lot of stress... "I felt stuck," Seal testified.... Gallegos asked her who she told that to, but Seal said she could not recall.. [Full article here]
GUNDERSEN'S WIFE AGAIN DENIES RAPE
Times-Standard, CA
John Driscoll jdriscoll@times-standard.com
08/16/2008
Former Blue Lake Police Chief David Gundersen's wife testified Friday that her desire to have her husband out of her life prompted her to lie about being raped to investigators on the day of his arrest. Under questioning by Gundersen's defense attorney Russell Clanton, Darcie Seal said she had no idea why she was called to the Humboldt County Sheriff's Office on Feb. 8, but in hindsight believes it was part of a plot by Gundersen's ex-wife to get him to leave the county and secure full custody of their children... During the videotaped interview seen by the jury earlier this week, Seal claims Gundersen raped her and photographed her naked without her consent while she was sleeping, and when confronted, didn't stop the practice. In court, Clanton asked her why she said that. ”How did that come to be, Darcie?” Clanton said. ”I don't know,” Seal answered. Seal also said that she was at an emotional and mental low point at the time, and that her recollection of the events of that February day were fuzzy... ”I told them it was about getting Dave to move,” Seal said. “I never thought it was going to end up in Dave's arrest"... ”There was so much going on that I felt abandoned,” Seal said... ”How would you describe your emotional well-being during 2007, Darcie?” Clanton asked. ”I was a mess,” she answered. The trial is on break until Aug. 25. [Full article here]