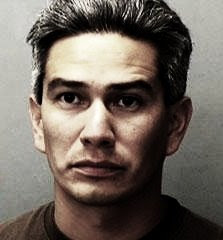 Two weeks? I am anticipating what the reason would be for that kind of delay.

FORT WORTH OFFICER ARRESTED ON ASSAULT CHARGE
Star Telegram
BY DEANNA BOYD
dboyd@star-telegram.com
August 19, 2008
FORT WORTH - A Fort Worth police officer was arrested Monday on accusations that he assaulted his girlfriend earlier this month. Ernesto Flores was arrested about 4:30 p.m. on the arrest warrant for assault with bodily injury. He was released from jail after posting a $2,500 bond, said Lt. Ken Dean, a Fort Worth police spokesman. Flores had been on restricted duty since Aug. 3, when he was accused of assaulting his girlfriend around 1:30 a.m. at her Fort Worth apartment. He will remain on restricted duty pending the final outcome of both a criminal and administrative investigation... [Full article here]

AREA BRIEFS: FORT WORTH OFFICER ACCUSED OF ASSAULT
Star Telegram
August 19, 2008
FORT WORTH — A police officer accused of injuring his girlfriend during an argument Aug. 3 was arrested Monday, police have reported. Officer Ernesto Flores, who has been on the force for seven years, was released from jail after posting $2,500 bail, Lt. Ken Dean, a police spokesman, said. Flores has been on restricted duty since Aug. 3 when officers were called to his girlfriend’s apartment about 1:30 a.m... [Full article here]
on 8/19/2008