[MO] Ex-Lt. Ganz charged after being shot by officers 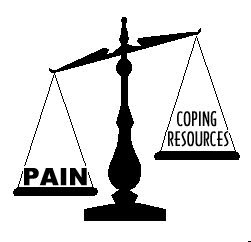 ...Police say Ganz was armed with a .357-caliber revolver and was threatening to kill himself before the two officers arrived at his house... Milton E. Ganz, 38, was charged with second-degree assault on a law-enforcement officer and unlawful use of a weapon...

IDENTITY OF MAN SHOT BY JOPLIN POLICE CONFIRMED AS MILTON GANZ
Joplin Globe
August 11, 2008
Jasper County Sheriff Archie Dunn confirmed the identify of the man shot by Joplin police Saturday as that of Milton Ganz. Dunn also confirmed that Ganz is a former officer with the sheriff’s department, but said he could not release much information beyond that. Police were called to 2603 S. Monroe Ave. at 11:33 p.m. in reference to a suicidal subject with a gun who was making threats to kill himself. Upon arrival, officers confronted the man and ordered him to drop the weapon, but when he pointed the weapon at the officers they fired, hitting Ganz in the stomach [Full article here]

STATE PATROL REPORT SAYS JOPLIN OFFICERS JUSTIFIED IN SHOOTING ARMED MAN
Joplin Globe
By Jeff Lehr jlehr@joplinglobe.com
August 13, 2008
The Missouri State Highway Patrol has issued a report saying two Joplin police officers were justified in the shooting Saturday night of a former lieutenant with the Jasper County Sheriff’s Department. Police Chief Lane Roberts said the state patrol informed him Wednesday that its investigation of the shooting of Milton E. Ganz, 38, outside his home at 2603 S. Monroe Ave. concluded that Officers Ben Cooper and Freddie Alaniz acted in accordance with Joplin Police Department policy governing use of force. Police say Ganz was armed with a .357-caliber revolver and was threatening to kill himself before the two officers arrived at his house. Both officers fired at him multiple times when Ganz pointed the gun at Cooper, according to police. Ganz was wounded by a single shot to the abdomen... Roberts said the Police Department’s own review concluded that nine shots were fired in the incident, all of them by Cooper and Alaniz. The chief on Monday had acknowledged some uncertainty as to whether Ganz fired a shot. He said Wednesday that the internal review concluded that he had not. “We know his gun was loaded, but we don’t believe he fired a shot”...Ganz was taken to St. John’s Regional Medical Center for treatment of the gunshot wound and later was committed on a 96-hour hold for a mental-health evaluation [Full article here]

FORMER DEPUTY CHARGED WITH TWO FELONIES
Joplin Globe
By Jeff Lehr jlehr@joplinglobe.com
August 15, 2008
The Jasper County prosecutor’s office filed two felony charges Friday against a former lieutenant in the Jasper County Sheriff’s Department who was shot by a Joplin police officer a week ago. Milton E. Ganz, 38, was charged with second-degree assault on a law-enforcement officer and unlawful use of a weapon, Assistant Prosecutor Kimberly Fisher said... A single live round subsequently was found in the .357-caliber revolver Ganz had in his possession, according to police... Alaniz were responding to a late-night 911 call from Ganz’s wife, Onya, reporting that her husband was threatening to kill himself with a gun. The confrontation with the officers took place in the back yard at the home. A probable-cause affidavit filed Friday states that Ganz ran from the officers to the back yard and then put the gun to his head. The officers ordered him “multiple times” to put the gun down, the affidavit states. When he pointed it at Cooper instead, they opened fire, the affidavit states... The charges were filed without any record of arrest. Ganz left the Sheriff’s Department in May for undisclosed reasons, although he told a Globe reporter he planned to resume his education. Sheriff Archie Dunn has declined to discuss the reasons for the departure of one his department’s higher ranking officers... [Full article here]

WIFE OF FORMER JASPER COUNTY DEPUTY INVOLVED IN SHOOTING INCIDENT FILES FOR DIVORCE
The Turner Report
Friday, August 15, 2008
[AG], wife of former Jasper County deputy Milton Ganz, who has been charged with assault and unlawful use of a weapon after pulling a gun on Joplin police last Saturday, filed for a dissolution of marriage three days later, according to Jasper County Circuit Court records.
It was Mrs Ganz, 25, who made the 911 call that brought the officers to their residence... [Full article here]
on 8/17/2008