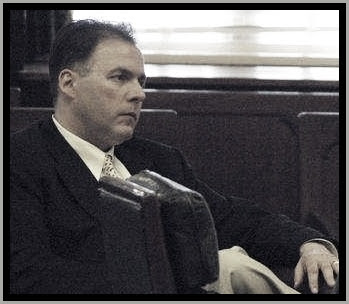 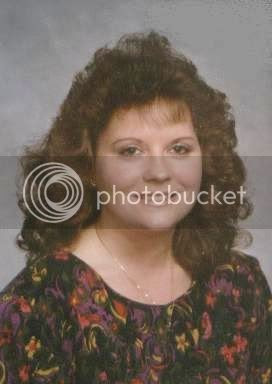 [THE MEDICAL EXAMINER HAD SAID THAT PATSY'S "SUICIDE" WAS BROUGHT ON BY "DEPRESSION AND DOMESTIC DISCORD." PROSECUTORS SAY PATSY BRADLEY SUFFERED AN INJURY ON THE BACK OF HER HEAD INFLICTED BY HER HUSBAND ON AUG. 31, 2005. THE BLOW LEFT A LUMP THE SIZE OF A GOLF BALL SHE WAS FOUND DEAD FROM A GUNSHOT TO THE HEART OCT. 4, 2005]

Previous entry:
March 28, 2007
[NC] Another suicide that won't die. Patsy Tinsley Bradley - Patsy was a very giving and loving lady who was always willing to help others and did so many times. She loved to make people laugh and smile. She worked Santa Pal many years, worked at West Asheville Police Resource Center and volunteered many other places... She was and is dearly loved by all who know her...

It’s not known what charges Bradley faces. The former Woodfin police chief was convicted in March 2007 of assaulting his wife in their Biltmore Forest home, about a month before she died of what officials deemed suicide.

Vanderveen said county law enforcement officials are not informed of a suspect’s charges or the amount of their bond when brought in by federal officers, but he confirmed Bradley was jailed.

An official at the FBI office in Charlotte said Saturday the FBI couldn’t offer any information on the case. A check of U.S. District Court electronic records didn’t show any charges against Bradley, but an FBI official said that might be because charges were filed after hours at the start of the weekend.

Catherine Tinsley, sister of the late Patsy Bradley, said she heard through a relative that Pete Bradley had been charged. But Tinsley said law enforcement officials haven’t contacted the family and she doesn’t know what he was charged with.
Past conviction

Bradley was sentenced in Buncombe County Superior Court to 30 days in jail after being found guilty by a jury of assaulting his wife. Prosecutors said Bradley struck his wife in the head during the early morning hours of Aug. 31, 2005, leaving a lump the size of a golf ball. Officers said they found her scared and crying in her car at a neighbor’s house.

Patsy Bradley was found dead in her home just more than a month later. The State Bureau of Investigation launched an investigation, and an autopsy report released later by the N.C. Office of the Chief Medical Examiner called her death a suicide brought on by depression and domestic discord.

A prosecutor told jurors at Bradley’s assault trial that Bradley told officers investigating the death: “I guess she won’t be testifying against me.”

Family members testified Patsy Bradley was terrified of her husband. Hospital workers said she told them her husband struck her with a flashlight.

But Pete Bradley testified that he didn’t strike his wife. His attorney suggested she might have injured herself in a fall, cited inconsistencies in what Patsy Bradley told authorities and said she may have concocted a “wild story.” [Link]

[MRS. BRADLEY WAS A GRADUATE OF ASHEVILLE HIGH SCHOOL, ASHEVILLE-BUNCOMBE TECHNICAL COMMUNITY COLLEGE AND ASHEVILLE CITIZEN POLICE ACADEMY. SHE OBTAINED A DEGREE IN CRIMINAL JUSTICE. PATSY RECENTLY ALSO SUCCESSFULLY COMPLETED A PHARMACEUTICAL TECHNICAL PROGRAM. SHE WAS THE VICE-CHAIRPERSON OF WEST ASHEVILLE RESOURCE CENTER (WARC) AND VOLUNTEERED FOR ASHEVILLE POLICE DEPARTMENT WHERE SHE WAS RECOGNIZED FOR HER EFFORTS AND RECEIVED HIGHEST PRAISES FROM THE POLICE CHIEF IN THE VOLUNTEER PROGRAM. PATSY WAS A SUPPORTER FOR FRIENDS FOR ANIMALS NETWORK AND CARE PARTNERS MOUNTAIN AREA HOSPICE]