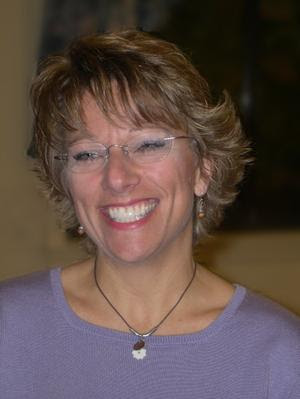 Holland, MI — The murder of Lori DeKleine has spurred changes in the way the Holland Police Department handles domestic issues with its staff.

“Sometimes you have to ask your friend or co-worker the tough question: ‘Are you OK?’” Holland police Capt. Jack Dykstra said. “There were things we obviously didn’t know and had we known we could have done something different.”

In January 2007, Holland police officer Ken DeKleine broke into his wife, Lori’s, bedroom, leaving a trail of blood. It was the impetus for her to get a court-ordered restraining order on her husband. In his video-taped confession, Ken DeKleine says this is when he first considered killing his wife.

On Jan. 10, 2008, Ken DeKleine surprised Lori DeKleine in her kitchen and strangled her, trying to make it look like a suicide.

Ken DeKleine’s sentencing will be Aug. 25, but his first-degree and felony murder convictions carry mandatory life sentences without parole.

The department set up a new Yahoo! group for Holland police officers’ spouses to give them a way to communicate the good and the bad. There, they can talk about everything from their mundane plans for the day to the deadly serious.

“Someone may feel like ‘I don’t have a voice,’” Dykstra said. “That gives them another avenue to say, ‘I need help.’”

One of the group members acts as moderator for the site. If someone needs help, the moderator contacts the HPD peer support team, Dykstra said.

After Lori DeKleine’s murder, the Holland Police Department asked a psychologist to talk to officers about domestic violence in police families, how to recognize when they themselves or others need help. The lecture has become a regular part of training for officers and staff, said Dykstra, who is on a statewide domestic violence committee looking for the best methods being used in departments when dealing with domestic violence.

Some measures were in place before the January murder.

Any city employee can call a confidential phone number for two free counseling sessions. The city can also order counseling as part of a disciplinary action, Dykstra said.

The department was in the middle of changing its policy on employee evaluations when Lori DeKleine was killed, Dykstra said. Employees are no longer evaluated once a year, but once every four months.

The more frequent evaluations make it easier to see changes in work habits, often an indicator of other problems.

DeKleine’s fellow officers testified at his trial that they saw no change in his performance in the months, weeks and days leading up to the murder of his wife, Lori. After he strangled her, Ken DeKleine went to the walk-in clinic to take care of a defensive wound. Then he got a shake and went to work.

All personnel files are closed. Dykstra said he could only speak to what Ken DeKleine had told him personally: That DeKleine had used the city employee assistance program, peer support and his own counselor.

“I don’t think Ken DeKleine was always that wolf,” Dykstra said. “There were two sides to Ken DeKleine. ... There was a side to Ken we didn’t see.”

The reasons for abuse in police families are varied. Police departments can cultivate a culture that suggests people need to be able handle mental stress by themselves, said Charisse Smith Mitchell, executive director of Center for Women in Transition in Holland Township.

Post traumatic stress disorder is as real in many police situations as it is in the military, she said. The nonprofit also works with area law enforcement on domestic violence cases.

Police officers often feel the pressure to be perfect, to be able to handle stress with “superhuman capacity,” Dykstra said.

“Everyone’s looking to you for the answers,” he said. “We’re supposed to be the problem solvers and not part of the problem.”

Over the past 30 years, a handful of deputies have had restraining orders taken out on them, some of those for domestic issues, said Allegan County Undersheriff Jim Hull.

“If someone’s involved in domestic violence it’s a crime and we investigate it,” Hull said. “Anytime one of our people gets arrested that’s a major event for us.”

All new Allegan County Sheriff’s Office employees receive “Emotional Survival” by Dr. Gil Martin [sic; Kevin Gilmartin]. They have to read the book and so do their spouses, Hull said. All county employees have access to free mental health services.

The county has officers trained in peer counseling and internal review.

An officer convicted of any felony loses his or her certification to be a police officer in Michigan, officials said.

“I kept thinking there are certain things you will never know about people,” Dykstra said. “I’ve tried to figure it out with Ken and I just don’t know.” [Source]
on 8/17/2008