[NY] A Call to Men - Instead of counseling, teaching men RESPECT for women 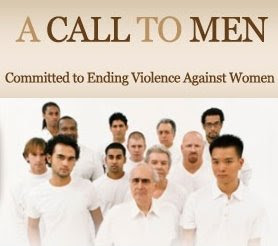 ...On the side, [Ted] Bunch has been running the nonprofit “A Call to Men”. It will soon become his full-time job... Bunch says the crime has always been couched as a woman’s issue and it’s time to change that...

Class Teaches Respect for Women to Batterers
WNYC, NY
by Cindy Rodriguez
August 14, 2008
[Excerpts] NEW YORK, NY - In New York City, police respond to more than 200,000 domestic violence calls a year. The majority of the perpetrators are by far men. Only a small fraction end up getting convicted for abusing their partners. An even smaller fraction serve jail time. The rest are given other types of punishments. Some do community service, others pay fines. And hundreds are sent to batterer’s programs. One in Brooklyn rejects the idea that abusive men need counseling or therapy. Instead it views domestic violence as unabated sexism and attempts to challenge common assumptions about male and female roles.
+WNYC’s Cindy Rodriguez visited the program and has this report
...The men are told to arrive early. Being late is not tolerated... Rehabilitation is not the goal here. Brooklyn prosecutors says the program is a way to monitor the men. The classes are lead by two instructors — at least one must always be a woman. Showing respect for a female authority figure is among the lessons to be learned... MEN WHO COME ON THEIR OWN tend to use the program to get a wife or girlfriend back... men do it as a tactic of control like that or they do it to circumvent the system. In other words they know that "OK, I have a court case in three months, let me get into a program now and the judge will be more lenient with me" and of course that’s what happens, so that’s why we only take mandated men because we don’t want to be a part of them manipulating the system... On the side, Bunch has been running the nonprofit “A Call to Men”. It will soon become his full-time job. The group is a men’s movement to end domestic violence. Bunch says the crime has always been couched as a woman’s issue and it’s time to change that... "Calling it a woman’s issue serves men because then men don’t have to get involved in it. We need to start re-framing it, holding men accountable, changing the language so we have to start looking at our statistics in a different way... Both instructors often compare sexism to racism. During the lively discussion, the men agree that both are about domination... The program works on the assumption that the men likely won’t stop being abusive. Ted Bunch's advice to women - assume you are getting back the same man not the one you hoped or wished he would be. [Full article here]