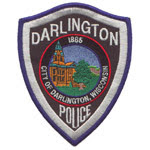 EX-DARLINGTON TWP. POLICE CHIEF SUES OVER FIRING
Beaver County Times, PA
By Cory Nealon
August 21, 2008
Darlington Township's former police chief has sued the township and its supervisors, asking for reinstatement and more than $40,000 in back pay and damages. Bryan Moore, who served as police chief from 2001 to 2007, said supervisors fired him in February without proper cause, according to a lawsuit filed July 19 in U.S. District Court in Pittsburgh. Moore, a township resident, claims he was dismissed because he criticized supervisors for hiring a family member, collected worker's compensation, and refused to sign a petition supporting a supervisor who was running for election against Moore's brother... Less than two months later, state police investigated a domestic dispute between Moore and his wife, Jenna. Assault and harassment charges against him were eventually dropped. Moore said supervisors used that incident, plus another domestic dispute that didn't result in charges, and his failure to surrender the chief's badge, as grounds to fire him Feb. 25... [Full article here]