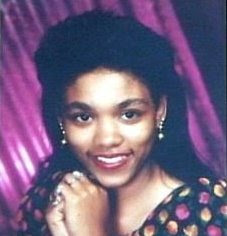 The video and the accompanying news story today didn't say the same things on this Fox 35 report so I've transcribed the text of the video below. In the video Chief "Mike" Chitwood says there's been a call for Sgt. Jimmie Flynt's resignation. So far that's not showing up on the internet anywhere besides in this video, so I don't know what's up... but I do 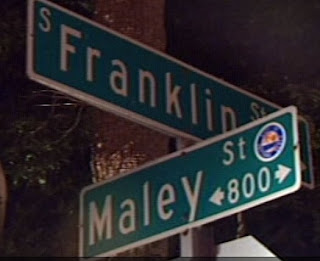 know that over the last few days that almost everything heard from the Chief has been focused on clearing Sgt. Flynt of any suspicions that Flynt's son /Kyishi Dowdell's killer - Craig Flynt - could have been apprehended before this murder happened.
I also find it interesting in the video that the Chief apparently relayed that THERE IS NO NEED for an internal affairs investigation. In the face of speculations and calls for Sgt. Flynt's resignation? It's up to the citizens of Daytona to insist if they want answers or assurances - to wave signs in the street, fill the city council chambers, and PRAY for help from the media. Otherwise Daytona will get the leadership, and the police department that any complacent community deserves.

What stands out to me in the article that isn't in the video - is the Chief pointing out that Kyishi moved Craig Flynt's shooting away from her children by stepping out of the house and away from the door that the first shot had passed through - to save her babies,
and
that the Chief says that there's nothing that could have been done.
I never like hearing that. Seems like lessons for the police department that have been paid for with blood are lost - leaving the death completely in vain, and no promise of better operations in the future.
That's really sad. 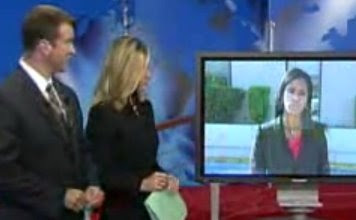 Anchor 1, Corrina Sullivan:
A woman is dead. The suspect the son of a Daytona Police Sgt. Tonight the case is in the hands of the judicial system. And Daytona Police Chief Mike Chitwood says their case is airtight.

Anchor 2, Cale Remaker:
Tonight he tells us he's concerned for HIS employee, and his grandchildren. First on Fox Shay Harris spent the day in Daytona talking to the chief, and what did Chief Chitwood have to say?

Reporter Shay Harris:
Well Cal, Chief Chitwood says Sgt. Jimmie Flynt is having a very hard time with this - quite naturally because it involves his son. Plus he says Sgt. Flynt had really worked hard to try to help bring in his son in before something like this happened.
Chief Chitwood says the case against 37 year old Craig Flynt is pretty solid. He says four of his officers watched Flynt fire the final shots into 31 year old Kyishi Dowdell. He said for months Flynt had evaded them after he issued a warrant to bring him in because he violated probation for a domestic violence conviction.
Chief Chitwood says Sgt. Jimmie Flynt played a major role in his son's arrest back in November in which Flynt spent 57 days in jail. He says he'd also tried on numerous occasions to try to get him to surrender.
Now Chief Chitwood says there's been rumors of Flynt's resignation. - something he won't stand for. 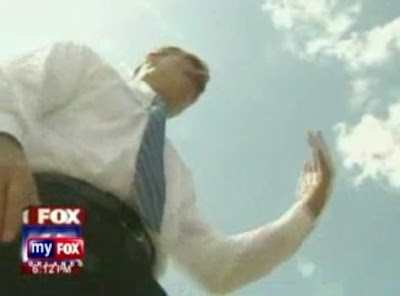 Daytona Police Chief "Mike" Chitwood:
Know that when he did call his father he called from a blocked number because he knew that he'd track him through the phone number.
[Section is edited out as Chief picks up talking about Flynt resignation. Why?]
And that would be a loss to the City of Daytona Beach. My insistance I would insist that he stay because he is a huge part of this department, he is a huge part of this community.

Reporter Shay Harris:
Now Chief Chitwood says they've turned their investigaton over to the state so he says there has been no need for an internal affairs investigation.
We're live in Daytona Beach, Shay Harris, Fox 35 News.

Anchor 2, Cale Remaker:
Alright Shay, now the chief says it's a very strong case. Did he share with you what evidence he has to make him think that?

Shay Harris:
Yeah Cal, he actually said that eyewitness accounts from neighbors, the police, and the children are stacked very heavily against Flynt. Plus he said Flynt had the gun in his hand - he had the murder weapon in his hand, is what he said.

[Excerpts] VOLUSIA COUNTY, Fla. (WOFL FOX 35, Orlando) -- While the final moments of thirty one year old Kyishi Dowdell’s life were being decided 911 calls were pouring in. Frantic neighbors were watching from their windows as police say thirty-seven year old Craig Flynt fired several bullets into Dowdell, ending her life... Daytona Police Chief Mike Chitwood said Flynt had written this ending months ago. “If you read that May (report), it was foreboding what was going to happen,”

Chitwood said. “If you read the (report) in November where he was arrested and sentenced to 57 days for domestic violence, unfortunately the system fails when it comes to domestic violence.” For years police records indicate a history of repeated violence against Dowdell at the hands of Flynt. Then finally on March 14th Dowdell had enough. Chief Chitwood said she filed for an injunction for protection after Flynt put a gun to her head [CLOUD NOTE; AND GUN IN HER MOUTH] while one of their children watched. “No there isn’t anything she could’ve done,” he said. “In hindsight, 20-20, I feel horrible that we couldn’t make that arrest knowing I put a two day bounty on his head knowing I formed a posse consistently looking for the guy... 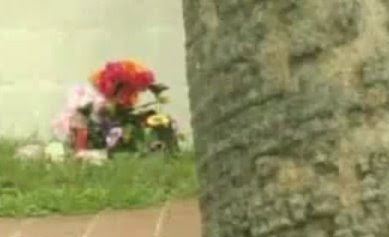 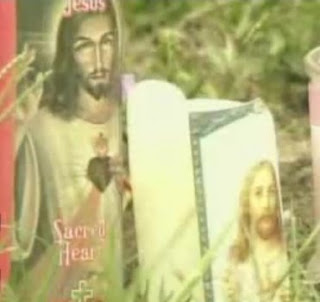 The fact that he fires a shot through the door... And she goes outside to confront him and walks away from the front door before she meets her demise was the sole purpose of that was to get him away from those children, not knowing what he was capable of doing in her act she was truly a hero.”