[WA] Stepdaughter sexually abused by Tacoma detective sues him, his department, & his county 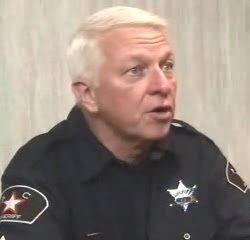 ...In her lawsuit, K.W. reports being sexually abused by her stepfather and says that he videotaped some of the incidents... The woman claims county officials failed to destroy the two videotapes despite a judge’s order that they do so by 1994. “Instead, they were retained in the Pierce County evidence room and were allowed to be removed by police officers and taken home for viewing,” the lawsuit states... 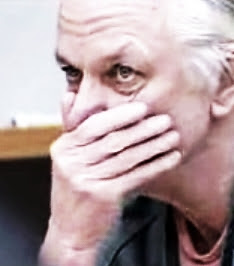 Woman in seized child-porn video sues Tacoma for not destroying it
Seattle Post Intelligencer
Aug 12, 2008
[Excerpts] Former Tacoma Police Department detective and convicted sex offender Lee Giles is facing a lawsuit from a woman accusing him of taking home child pornography seized as evidence. The lawsuit also blames his former employer – the department – for allowing him to do it. Giles, 61, was sentenced to 19 years in prison earlier this year after pleading to child rape, child molestation and other sex crimes. In a lawsuit filed earlier this month in King County Superior Court, attorneys representing the woman say officers were able to take child pornography out of evidence and home for their own enjoyment. The case in point – the sole instance offered by her attorneys – is that of Detective Giles. In a 2006 search of Giles home, detectives found two pornographic videos taken of the woman, then a young girl, in the early 1990s. The man who took the videos was sentenced to prison following a sting operation... The suit names Pierce County and the City of Tacoma as defendants, as well as Giles. A rebuttal has yet to be filed. [Full article here] 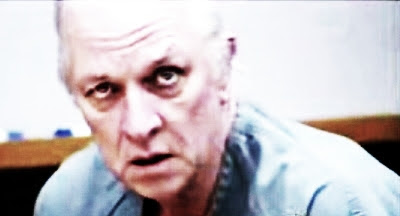 Woman sexually abused as child sues over video tapes
Retired Tacoma officer had tapes
TheNewsTribune.com, WA
STACEY MULICK; stacey.mulick@thenewstribune.com
August 14th, 2008
[Excerpts] A woman who was sexually assaulted as a child is suing Pierce County and the City of Tacoma, claiming they negligently allowed a police officer later convicted of sex crimes access to two videotapes showing her being abused. The woman, identified as K.W. in her lawsuit, also names retired Tacoma officer Lee William Giles Jr. as a defendant... The woman claims county officials failed to destroy the two videotapes despite a judge’s order that they do so by 1994. “Instead, they were retained in the Pierce County evidence room and were allowed to be removed by police officers and taken home for viewing,” the lawsuit states. She also contends Tacoma police did not adequately train Giles... The woman, represented by Tacoma personal-injury attorney Jack Connelly, says she has suffered “extreme psychological and emotional injury” as a result of learning that the court order was not followed... For a time during his law enforcement career, Giles shared with a sheriff’s deputy an office next to the storage room. They had keys to the room because they kept their confidential files and other items in the room, [Sheriff’s Spokesman Ed] Troyer said. “He managed to get in there and cherry-pick what he wanted,” Troyer said of Giles. “He’s the issue. He’s the problem”... In her lawsuit, K.W. reports being sexually abused by her stepfather and says that he videotaped some of the incidents... The lawsuit alleges that there was no system in place to make sure the court order was followed or that “police officers employed by the City of Tacoma could not simply take the pornographic images home for their viewing... No systems, procedures or protocols were in place or followed to protect victims of child sexual abuse from having these images viewed by others or brought back at later dates,” the lawsuit states... Giles is serving his sentence at the Stafford Creek Corrections Center in Aberdeen, Grays Harbor County... [Full article here]
on 8/16/2008