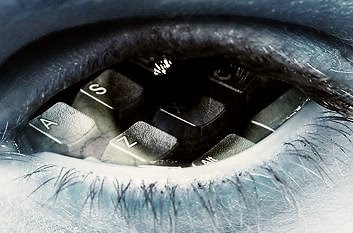 Sheriff's deputy charged with stalking ex
Minneapolis Star Tribune, MN
Paul Walsh & Abby Simons
August 8, 2008
Sheriff Kevin Studnicka said A Scott County sheriff's deputy was jailed Friday on charges that he stalked his ex-girlfriend for more than a year and used his position to get information on the woman and several of her acquaintances from non-public databases. John P. [Philip] Grover, 54, of Edina, was charged in Hennepin County with felony stalking. He is being held on $30,000 bail and awaits an Aug. 18 court date. The criminal complaint also reported he used the data base 32 times in 2007 and 2008 to pull up information on his ex-girlfriend and three of her acquaintances. Beginning in July 2007, the complaint charges, Grover would show up unannounced at a host of locations -- including fast-food restaurants, an art fair and a fitness club parking lot -- trying to restart the relationship or confronting the woman and whomever she was with at the time. Scott CountyGrover, an 18-year veteran of the sheriff's department, was on paid administrative leave. He called the incident "a black eye for law enforcement." Grover had no previous serious indiscretions on his record, Studnicka said. [Link]
on 8/09/2008