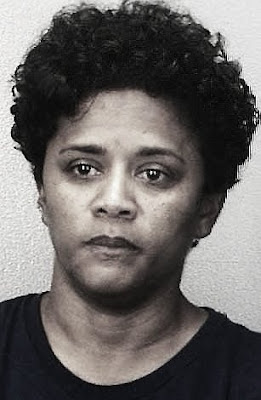 ...Touted as one of the toughest anti-gun crime proposals in the country, 10, 20, Life mandates a minimum 10-year prison term for certain felonies, in addition to any other sentence, when a firearm or other destructive device is used during the commission of a felony. If the firearm is discharged during the crime, a 20-year minimum prison term is mandated...

Previous entries:
FORT LAUDERDALE CHIEF'S WIFE CHARGED IN SHOOTING
Sun-Sentinel.com, FL
Aug 12, 2008
By Jon Burstein
jburstein@sun-sentinel.com
August 12, 2008
There's no proof Fort Lauderdale Police Chief Frank Adderley's gun-wielding wife intended to kill him when she fired a bullet into the couple's bed and then chased him outdoors, the Broward State Attorney's Office said. On Monday, prosecutors charged Eleanor Adderley, 45, with two felonies — shooting into an occupied dwelling and aggravated assault — arising from the July 8 incident at the couple's Plantation home... Though Eleanor Adderley fired the shot near her husband while he lay in bed, there is no evidence to suggest she shot directly at him, State Attorney Michael Satz's office said in a statement. "He was awake and positioned toward the head of the bed when the shot was fired," the statement said. "The bullet that Eleanor Adderley fired entered the mattress — not through the top but through the side of the mattress and down — at the foot of the bed." Her husband got up and ran outside to a neighbor's house... Prosecutors concluded there was no physical evidence that could show the trajectory of the shots fired outside... Eleanor Adderley told [neighbor] Robert McKinzie's wife that she had spent the hours leading up to the shooting holding the chief's gun to her own head. Eleanor Adderley said she couldn't pull the trigger because she couldn't leave her teenage son, neighbor Deberenia McKinzie told police... For prosecutors to prove the aggravated assault charge, they will have to show Eleanor Adderley caused the police chief to fear for his safety... After her arrest, questions arose within the legal community whether she received preferential treatment... The police chief has said he doesn't want to pursue charges against his wife. He helped arrange the $25,000 bond to free her from jail... [Full article here]

POLICE CHIEF’S WIFE FACES TWO FELONY CHARGES OVER SHOOTING
The South Florida Times, FL
Aug 11, 2008
[Excerpt] ...Authorities say Eleanor Adderley used her husband’s police service weapon in the commission of these felonies, which could carry stiffer penalties under Florida’a strict state statutes. Florida law requires judges to impose additional prison time for crimes involving guns. During his successful 1998 run for governor, Jeb Bush made getting tough on crime one of his main campaign issues. After Bush won the election, and then took office in 1999, state legislators passed legislation known as the 10, 20 Life law. Touted as one of the toughest anti-gun crime proposals in the country, 10, 20, Life mandates a minimum 10-year prison term for certain felonies, in addition to any other sentence, when a firearm or other destructive device is used during the commission of a felony. If the firearm is discharged during the crime, a 20-year minimum prison term is mandated. It is unclear if prosecutors will push for enforcement of the 10, 20, Life law. Eleanor Adderley remains free on $25,000 bond. As a condition of her release, she is required to wear an electronic monitoring device. She must also stay away from her husband and his workplace, and must not have any contact with him... [Full article here]
[FL] Chief Adderley's wife not charged w/murder-try
http://www.youtube.com/watch?v=CDoaUWFrARM