[MD] For drunk driving (with wife & child) & volatile attack on man Deputy Goff will have a clean record? 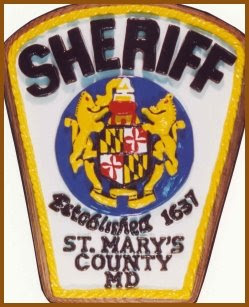 ...[Deputy] Goff's wife and child were with him in the pickup truck... "I was very impressed by the testimony of officer Reppel," the judge said before court adjourned, praising the deputy's professionalism in the task of taking the witness stand at a fellow officer's trial...

Deputy jailed two days for assault, DWI Goff faces administrative board trial in attack on ATV rider
So Md News, MD
By JOHN WHARTON
Aug. 20, 2008
[Excerpts] A suspended St. Mary's sheriff's deputy found guilty last week of DWI and assault traded his right to appeal for probation before judgment, leaving him with no criminal record and still on the payroll... Goff, a three-year veteran with the agency, did not testify at his trial from an attack last spring south of Lexington Park on the driver of an all-terrain vehicle. Shane R. Weasenforth and other witnesses testified that the deputy beat Weasenforth on the back of the head after he was forced to lie down on a dirt driveway. As he awaited his sentence, Goff, 33, told a judge that the "isolated incident" did not mean he has an alcohol problem, but that he would attend alcohol counseling recommended by a prosecutor... Instead, visiting District Judge Gary Gasparovic imposed the 48-hour jail term, plus alcohol counseling and anger management... "This is a sad day for law enforcement," the judge said. "It's really quite tragic." St. Mary's Sheriff Timothy K. Cameron said the deputy remains suspended with pay, as the granting of probation before judgment leaves the officer with no conviction... The witnesses against Goff at his court trial last week included fellow sheriff's deputy Dale Reppel... Goff punched Weasenforth three times in the head, Reppel testified, adding that Weasenforth's complaint about being mistreated by a "drunk cop" alerted Reppel of the smell of an alcoholic beverage on his fellow officer's breath. "I believe I pushed [Goff] and told him to stop, and asked if he had any handcuffs with him," Reppel said, and he had to tell Goff three or four times to "shut up" for continuing to curse at the arrested man... During the scuffle moments later in the driveway, Goff "was trying to slam my face into the gravel," Weasenforth testified. "I heard Reppel whisper to him, ‘You can't do this. What are you doing?'" After other lawmen got to the scene, Goff was seated in another officer's cruiser in a nearby parking lot and offered, "I know I've been drinking and I'm probably going to be over," according to sheriff's Cpl. Edward Evans... Sheriff's Cpl. David Yingling with the sheriff's internal affairs unit said Goff later was "swaying back and forth"... Neither Goff's statements during any police questioning nor the results of any blood-alcohol tests were presented at the trial... The prosecutor said during closing arguments that Goff's wife and child were with him in the pickup truck. When the judge opined that Goff's conduct amounted to driving while impaired and committing a second-degree assault, the defense lawyer said his client was losing more than his career. "Since this incident, his reputation has been ruined," McDevitt said. "He has lost his house, his family and his job, and a lot of his pride." The judge sentenced Goff to 30 days in jail for the alcohol offense and 10 days for the assault, suspended to the 48 hours in custody and the counseling required during three years of supervised probation. "I was very impressed by the testimony of officer Reppel," the judge said before court adjourned, praising the deputy's professionalism in the task of taking the witness stand at a fellow officer's trial. Charges against Weasenforth from the incident of second-degree assault and resisting arrest were dismissed. The judge heard testimony that Weasenforth is pursuing a lawsuit in the matter. [Full article here]

The GOOD cops shine here. They tell the court what it needs to know rather than covering for Deputy Goff. The court's decision is what I recoil from. Why should cops step forward to testify against a law breaking officer - take that risk - if the court is going to play around and let major crimes be WIPED from the deputy's record?

And I can't get it out of my head that Deputy Goff was that drunk and volatile while driving his family. Are they expendable in the swirl that center's on Goff's career? The danger to them - both immediate and possibly otherwise - is not the focus of any of the news I read about this incident.

WHOOP! If the mother doesn't care either maybe the kid needs a safer home. I suspect she does care. What's needed - besides child protection services? Ask the awkward questions before it's too late. Don't wait for hindsight after tragedy -which always seems so clear.