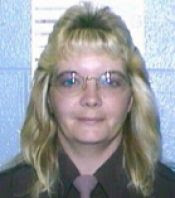 Richmond deputy charged with abduction, assault and battery
inrich.com
Linda Dunham
Aug 13, 2008
Richmond Sheriff's deputy Paige Griggs was arrested yesterday and charged with one count each of abduction and assault and battery of a family member and two counts of brandishing a firearm, police said. The charges followed an investigation by the Richmond Police Department. Griggs surrendered to the Sheriff's Office Investigations Unit and was released on her on recognizance following an appearance in Richmond Juvenile and Domestic Relations District Court. "It's disturbing whenever one of our employees is arrested," said Sheriff C.T. Woody Jr., "Our Investigations Unit will continue to monitor the investigations." Pending the outcome of the investigation, Griggs will be placed in a non-public-contact position, Woody said.
on 8/13/2008