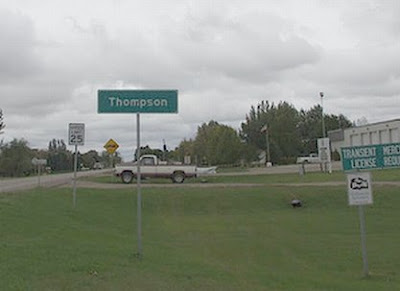 John Howard, the former police chief in Thompson, N.D., waived a preliminary hearing on two allegations that he attacked his wife.

Howard was charged with simple and aggravated assault July 1 for two separate incidents.

He has not been arraigned on the charges, so he has not had the opportunity to enter a plea. An arraignment hearing is scheduled for Aug. 19.
[Source]
on 8/07/2008