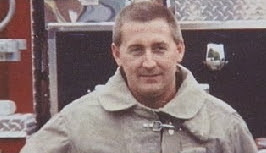 Man charged in killing of Marianna fire chief
Arkansas Democrat-Gazette
BY MIKE LINN
January 1, 2008
A Lee County man has been charged with capital murder in the shooting death of the Marianna fire chief, who he found in bed with his estranged wife early Sunday morning... Harry Stephen Amos, 47, surrendered to authorities at 10 a.m. Sunday after police say he shot Charles Boone... Amos is accused of shooting Boone and then assaulting his wife [Patti Amos]. Police also charged Amos with kidnapping and assault on a family member...
on 1/01/2008