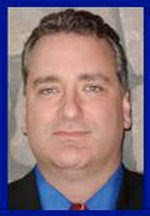 Detective can keep weapons after his arrest
Crime - A Clackamas County officer goes to court after a fight with his wife
Tuesday, January 29, 2008
HOLLEY GILBERT
The Oregonian Staff
[Excerpts] A Clackamas County Sheriff's Office major crimes detective will be allowed to keep his weapons despite being accused Monday of fourth-degree assault domestic violence in an incident involving his wife, with whom he has a 5-month-old baby. Steven P. Hyson, 41, appeared in Clark County District Court moments after Judge Vernon Schreiber issued a warrant for his arrest. Hyson arrived about 1:42 p.m., 15 minutes after the judge had noted Hyson had signed paperwork saying he would appear at 1 p.m. When Hyson appeared accompanied by Vancouver attorney Thomas C. Phelan, Schreiber quashed the warrant and one that would have held Hyson without bail. Hyson, a Vancouver resident, was arrested early Sunday but was later released on bail... When his wife got home about 2 a.m., the two argued. Hyson said she began slapping and punching him while he was holding the baby, spilling a cup of coffee and striking him in the face with an apple. She told deputies that he punched her in the left eye with an orange from the fruit bowl and a deputy noticed a slight redness under her eye, the reports said. She admitted verbally abusing him and slapping him once... Police indicated she thought her sister might have called 911... In court Monday, Phelan, the attorney, asked that in contrast to usual procedure, Hyson be allowed to retain his weapons because of his job and for his personal protection, and the judge agreed. Hyson owns a 9 mm semiautomatic Glock pistol and a 12-gauge Remington shotgun...

Clackamas officer accused of domestic violence in Clark County
The Oregonian
Holley Gilbert
January 28, 2008 17:32PM
[Excerpts] ...[Judge Vernon] Schreiber set arraignment for March 5. If convicted, Hyson faces a maximum penalty of a year in jail, $5,000 fine and the loss of his right to possess a firearm. He was ordered not to contact his wife of six months, but the two can communicate through a third party about their child, property and any potential divorce, the judge said... He is the president of the Clackamas County Peace Officers' Association, a non-profit labor organization representing the workers of the Clackamas County Sheriff's Office and several other agencies. His term runs through 2010. In 2002, Hyson solved the "Sunnyside Rapist" case on his own time on his last day as a detective. He also was assigned to the Ward Weaver case involving two murdered Oregon City girls.

Detective Arrested In Domestic Dispute
KOIN.com, OR
1/28/2008
[Excerpts] ...When both later returned to their home, a fight broke out. Investigators believe both husband and wife threw objects at each other, and Hyson was taken into custody long enough to be booked. He faces fourth-degree assault charges. His wife was not charged with a crime, but the police report did indicate she had a high level of alcohol in her blood...
on 1/29/2008