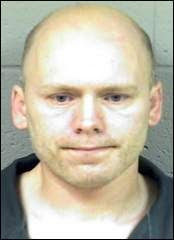 ...He must also pay up to $3,000 restitution to cover the medical bills his wife incurred as a result of the injuries she suffered in the assault...

Assault 'devastated' officer's family
Wife describes Jan. 10 events at sentencing hearing.
South Bend Tribune
DEBRA HAIGHT
January 25th, 2008
[Excerpts] The Jan. 10 incident in which former Niles police officer Chris Clark assaulted his wife devastated their family, his wife told a Berrien County Trial judge this week. Berrien County Assistant Prosecutor Kelly Travis said Clark's wife, Victoria, spoke in court before the sentencing Wednesday. She said the situation had devastated her family and that Clark needed to address his alcohol problem and find help. Since Chris Clark said he can't remember the incident, Clark's wife asked for -- and the court ordered -- that the 911 tape be played during the sentencing so Clark could hear how the incident had affected her and her son, Travis said. Clark, 36, had been suspended from the Niles police department when the incident occurred and has since resigned. He pleaded no contest to a misdemeanor domestic-violence charge this week and was sentenced to 90 days on tether.... He was charged with both domestic violence against his wife and possession of a firearm while under the influence. The latter charge was dismissed Wednesday as part of a plea agreement, Travis said... Clark must serve 12 months probation and pay $360 in supervision fees and $550 in fines and costs. He must also pay up to $3,000 restitution to cover the medical bills his wife incurred as a result of the injuries she suffered in the assault. Travis said Clark must take a domestic-violence inventory to see what, if any, substance-abuse or anger-management treatment he needs. He was placed on a curfew, ordered to have no contact with his wife and son, and to possess no firearms...
on 1/26/2008