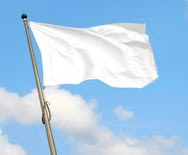 Following this from the beginning it appears that Laura Earl has chosen to live in the eye of the storm, hoping - with no police protection - that it may be the safest place to try to survive. From the beginning all levels of the systems that should hold criminals

ACCOUNTABLE instead have been working together - regardless of the frequency or gravity of Detective Corey's crimes - to make sure he doesn't lose his job. And he hasn't.

Previous entries:
Estranged wife of cop made false statements, charges are dismissed
Morning Journal
MATT SUMAN
01/04/2008
[Excerpts] The Amherst law director has agreed to dismiss a criminal charge against Lorain police patrolman Corey Earl that alleged he violated a civil protection order by contacting his estranged wife. Amherst Law Director Anthony Pecora and Jonathan Rosenbaum, Corey Earl's attorney, agreed in a joint motion filed Dec. 21, 2007, that the charges against him would be dismissed in Oberlin Municipal Court that he violated a civil protection order. Pecora and Rosenbaum agreed that Laura Earl, Corey Earl's estranged wife, made false statements to a Lorain County Domestic Relations magistrate to get the CPO, the motion said. "Ms. Earl has admitted since obtaining the CPO that the Defendant did not threaten domestic violence against her or anyone in the house during the events that allegedly gave rise to the CPO," the motion said. "Therefore, no basis for the CPO underlying the current charges ever existed"... According to the investigation by the Amherst Prosecutor's Office, "Ms. Earl's statements concerning her fear of the defendant are inconsistent with her repeated actions to the point where her credibility is undermined to the extent that there is no reasonable chance for a conviction"... In another matter, Corey Earl was reprimanded by the police department on Dec. 27 for conducting private business while on duty, using "indecent, profane or harsh language in the performance of official duties" and engaging in personal conduct or act "which, if brought to the public, could result in justified unfavorable criticism of that officer or department," according to reprimand. He admitted to making inappropriate comments to his girlfriend's ex-husband during a traffic stop last year, an internal investigation said...
on 1/05/2008