[IL] Another officer-suicide too soon in Batavia 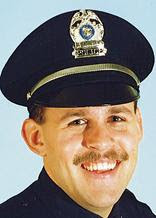 Batavia turns to expert
Kane County Chronicle, IL -
By ERIC SCHELKOPF - eschelkopf@kcchronicle.com
Jan 23, 2008
[Excerpts] In the wake of the Batavia Police Department’s second suicide within 13 months, the department plans to bring in a national expert to provide police suicide awareness training... Batavia police Officer Carl Ensign, 43, a 19-year department veteran, died Tuesday of an apparent self-inflicted gunshot wound. He was found in the parking lot in Pratt’s Wayne Woods Forest Preserve in Wayne... Ensign is the second Batavia police officer to kill himself in the past 13 months. In December 2006, Batavia police Sgt. Mike Rappley took his own life at his home in Sycamore...

Another all-too-familiar tragedy for Batavia police
Aurora Beacon News, IL
By TIM WAGNER twagner@scn1.com
January 24, 2008
[Excerpts] ... And for the second time in 13 months, Batavia police are dealing with an almost identical tragedy. In December 2006, Sgt. Mike Rappley, 48, died from a self-inflicted gunshot at his Sycamore home. "This is the second time in 13 months... I don't know what to tell you about how we cope," [Batavia Police Cmdr. Gregory] Thrun said. "The department must continue its commitment to the police service and come to work every day. Police are a tight family." Soon after his death, Mike Rappley's widow met with members of the Kane County Chiefs of Police Association and told them about the post-traumatic stress disorder her husband endured since 1992. Char Rappley asked the Kane County group to consider bringing in a police suicide awareness training program that the national foundation offers as a way to deal with the issues that plague cops... Limited funding has prevented the Kane County Chiefs of Police Association from implementing suicide awareness training, but Char Rappley believes the state ultimately will finance the program. "(Haley) is saying, 'Let's get this going, let's move forward,'" she said. "It's sad to say that it took another police officer for all this to happen. The situation is dire."