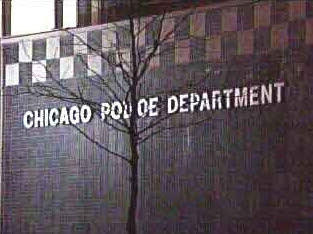 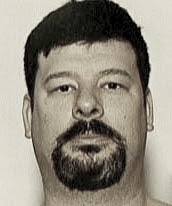 The current news below doesn't mention that Chicago Police Sgt. John Herman's wife pressed criminal sexual assault charges against him in 1997 - but lost. They don't mention that Sgt. Herman initially claimed to not know his recent rape victim & changed his story when the DNA taken off his POLICE BATON matched the victim's DNA, and the condom and tissue he left behind matched his. I thought I'd mention that his recent victim has said, "He told me if I tell anyone he'd know where I live and he would come back and kill me," and was asking what is taking so long as the years rolled by - four of them - with no trial and with Sgt Herman still on the force and receiving a paycheck. The officers who she said offered her $5,000 to keep her mouth shut were never charged. "They kept badgering me as if I was the defendant and I raped him... They kept offering me money, and I just kept saying that I wanted to go home." She says that she was taken back to where she lived and was made to re-perform the rape for 2 detectives. She was then arrested for prostitution shortly after making her claim but for some reason the charges were dropped. Now court has happened. The gavel has come down.

Finally one victim we see has some closure,
and at least one we don't see
finally does too.

Former cop gets 25 years in rape
Sergeant assaulted woman in South Side home, officials say
Chicago Tribune
Author: Steve Schmadeke
Deanese Williams-Harris contributed to this report
January 20, 2008
Nearly four years after a former Chicago police sergeant picked a 42-year-old woman up in his squad car and raped her in her South Side apartment, the woman said she still has nightmares about that night. But when a judge sentenced John Herman to 25 years in prison Friday, the victim, a former drug user who now lives out of state, said it helped restore her faith in the criminal justice system. "I just want to thank my lawyers, the judge and God"... Herman, 42, was convicted of aggravated criminal sexual assault, aggravated kidnapping and official misconduct... "Every time a police officer commits an offense or lies ... it affects the community's belief in law enforcement," said Associate Judge Joseph Claps in handing down the sentence. "No one is above the law. No one." Herman, who was taken into custody on his conviction, must serve at least 20 years... Herman sobbed in court... "I made a mistake," John Herman later told the judge after taking a short break to regain his composure. "Because of that mistake, I have hurt a lot of people and I have let down a lot of people"... A civil lawsuit filed against Herman is scheduled to go to trial Feb. 25...

Ex-cop gets 25 years for raping addict
Claimed victim was 'sex friend'
Chicago Sun
BY BEN GOLDBERGER bgoldberger@suntimes.com
January 19, 2008
A former Chicago Police sergeant was sentenced to 25 years in prison Friday for raping a crack-addicted woman while on duty... [His wife] Susan Herman was the only witness called by the defense Friday in an attempt to mitigate the sentence. With tears streaming down her face and a rosary in her left hand, she read a letter on behalf of the couple's 3½-year-old son, who she said believes "his dad is on a super secret mission to catch the bad guys," and asked that Herman be out of prison in time for the boy's middle school graduation... "The truth will come out one day. His whole family stands behind him... I don't want the legacy of my son's father to be that of a rapist. So we're going to do everything to prove otherwise. Because he's not." Eric Fletcher, the victim's brother, cast his sister's case as "a David and Goliath story" and said the imposition of the sentence "feels exhilarating." "It was a fair punishment. He'll be an old man by the time he gets out and sees any type of female again." In a telephone interview after the sentencing, the victim, who now lives out of state, said she still has nightmares about what happened nearly four years ago. "I'm glad this is over. I finally get it out of me, and now I can get on with my life... He locked up [now], and he can't hurt anybody else. I'm glad for that. I didn't think I had a chance in hell. Me, as one person, to actually bring him down. I'm just grateful that the judge saw through all his lies, and now this can't happen to anyone else."
on 1/25/2008